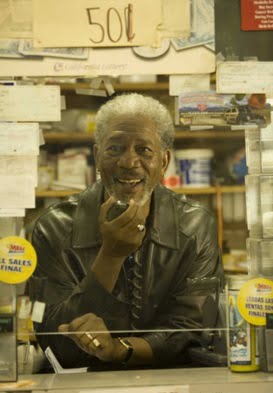 The 2006 classic 10 Items or Less was filmed in the San Fernando Valley, located north of Hollywood

What supermarket did Scarlet work at?

Archie’s Market in North Hollywood. Today, this location has been turned into a USA Fitness Center

“Walking By The Shipping Crates”

Where is Scarlet’s Trailer located?

“Driving And Singing And Crossing The Railroad Track”

“Scarlet Arriving For Her Interview”

Do you know of a filming location? – Got a Tip?