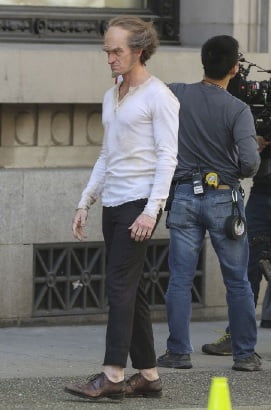 04/25/2016 – Neil Patrick Harris was spotted as Count Olaf on the set of “A Series of Unfortunate Events” in Vancouver this week.

‘A Series of Unfortunate Events: Season 1’