While filming at the Northridge Mall was brief, the cast and crew reportedly spent four days filming at the Point Dume State Beach in Malibu, California. Many of the scenes shot over the course of those four days included overturned and abandoned vehicles that can only be described as scorched (almost) beyond recognition. At any rate, the reason for the destruction was to create a scene that made it appear as if Los Angeles was the site of a nuclear blast, with the ruined vehicles representing the aftermath. Over the four day filming period one can only assume that unsuspecting passersby thought there really had been.

thank you “Holger M” for the tip & pics!

4 days of filming took place at The Point Dume State Beach located at:

Pics of the live Malibu Beach set were sent into OnSet Hollywood by an anonymous fan yesterday. As you can see in the pics below, the parking lot and beach were littered with burnt-out cars, buses, and even a helicopter. The set was created to look like a “Post Nuclear Blast” in Los Angeles. 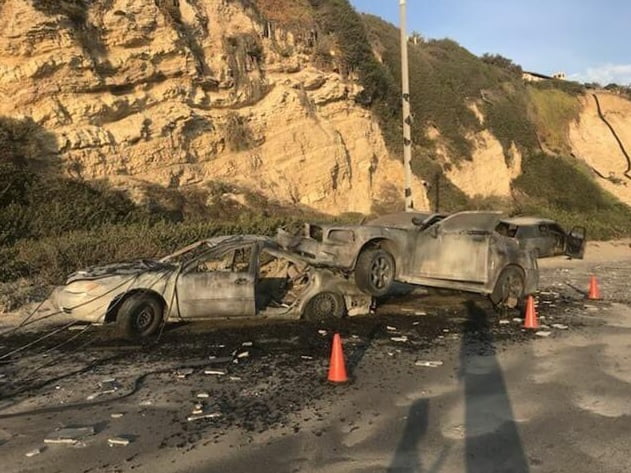 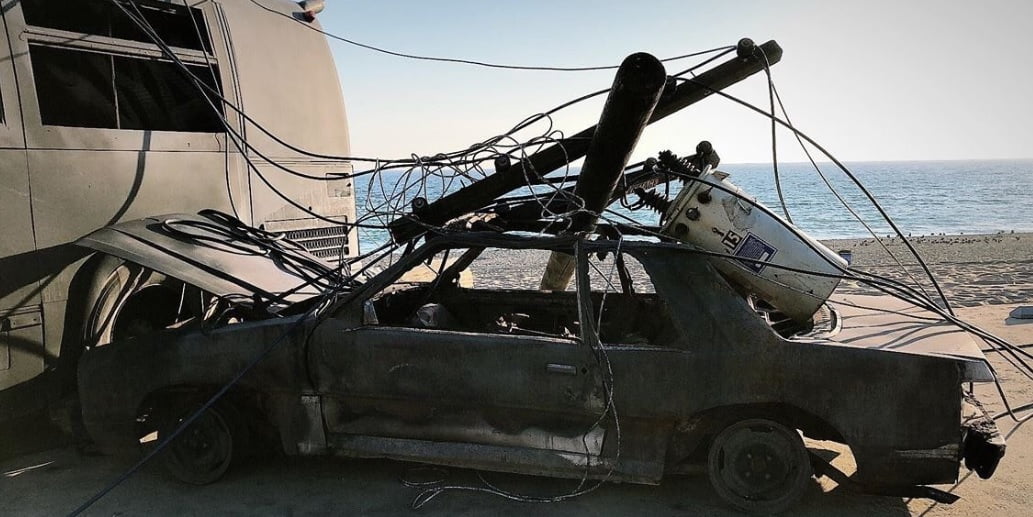 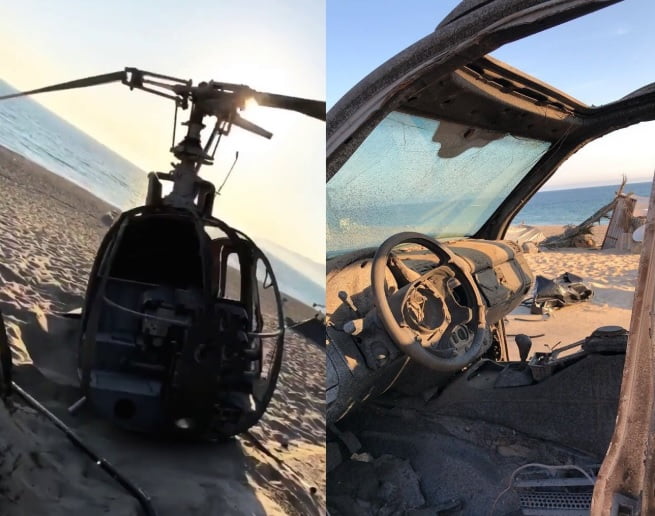 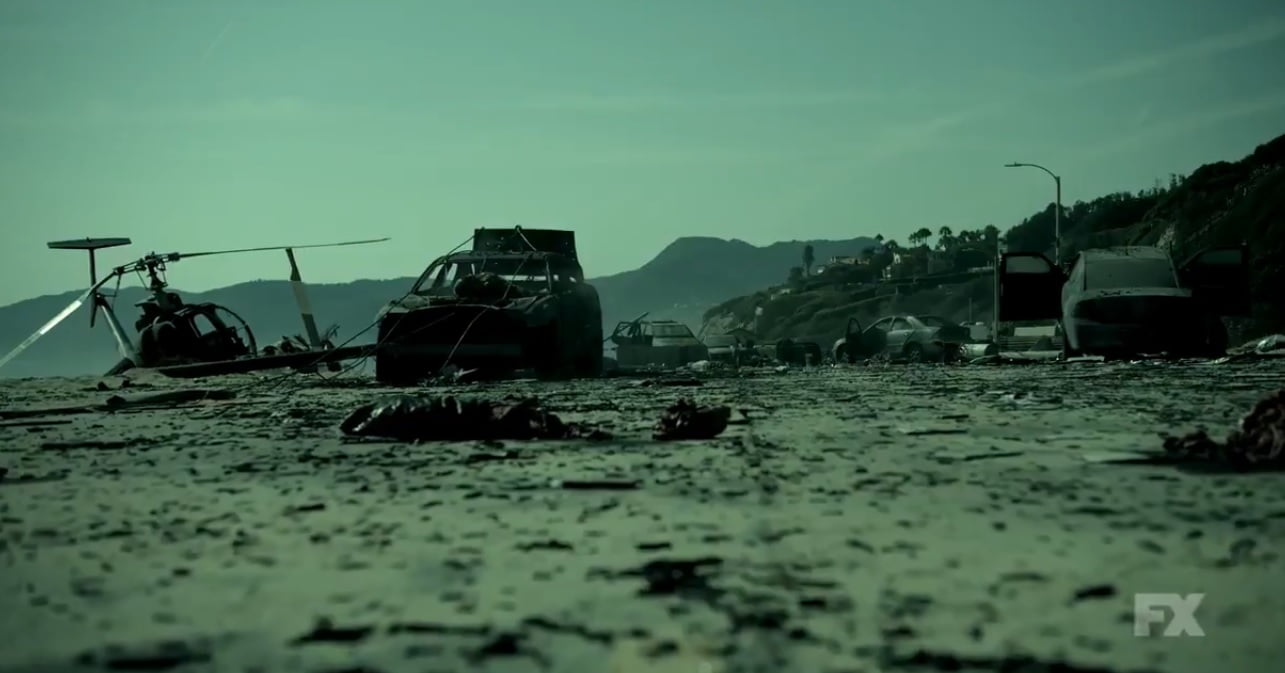 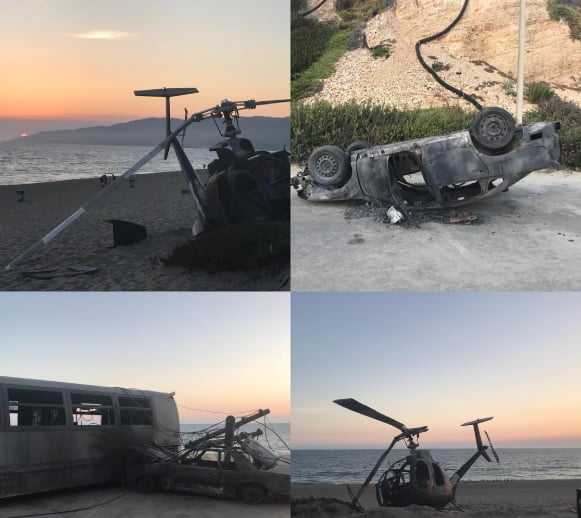 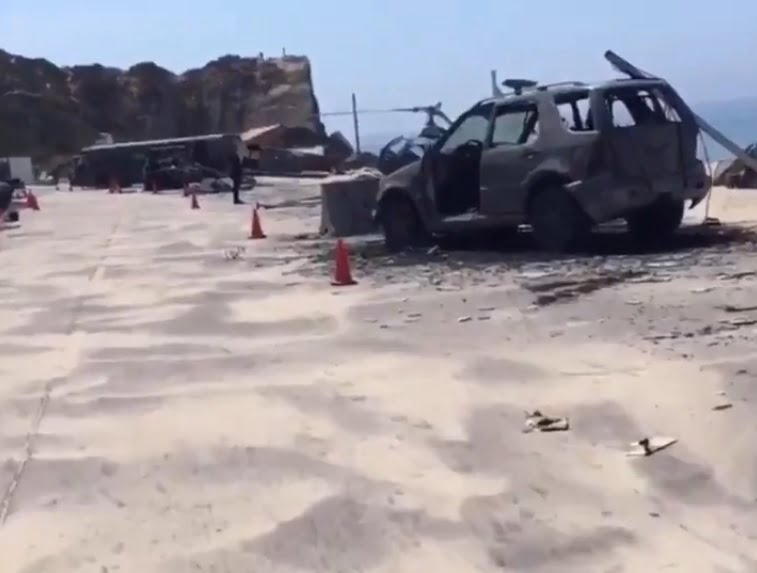