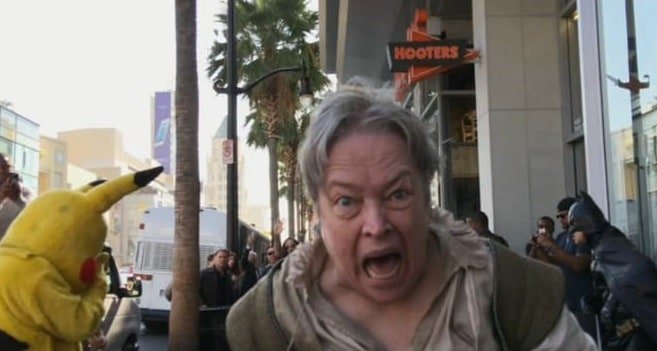 On September 2nd, 2016 – A massive crew of about 150 members was spotted secretly filming at an old ranch in Calabasas near Malibu, California Where is the Roanoke House located?

“We were stopped and forced to delete most of the pictures and videos we took. Here’s a link to the video & pictures we didn’t delete

Where was the “floating-girl” scene filmed?

This awesome teaser was shot in a small field, located on the Gillette Ranch in Calabasas, California

Production signs were posted on Lost Hills Road and Mulholland

Fun film fact: on Sept. 9th, 2016:  Kathy Bates & Lady Gaga were spotted shopping in Calabasas at the Albertsons & Starbucks Thank you “JudyC & Lia” for the tip!

Matt is a victim of a knock-out-punch in front of the famous Orpheum Theatre in Downtown Los Angeles visit this location here: Orpheum Theatre What theater does Matt gets punched-out at?

Where was the Croatoan camp scene filmed at?

Sadly, this location was badly burned in the 2016 Sand Canyon fire 🙁

Thank you “TMZ” for the tips!