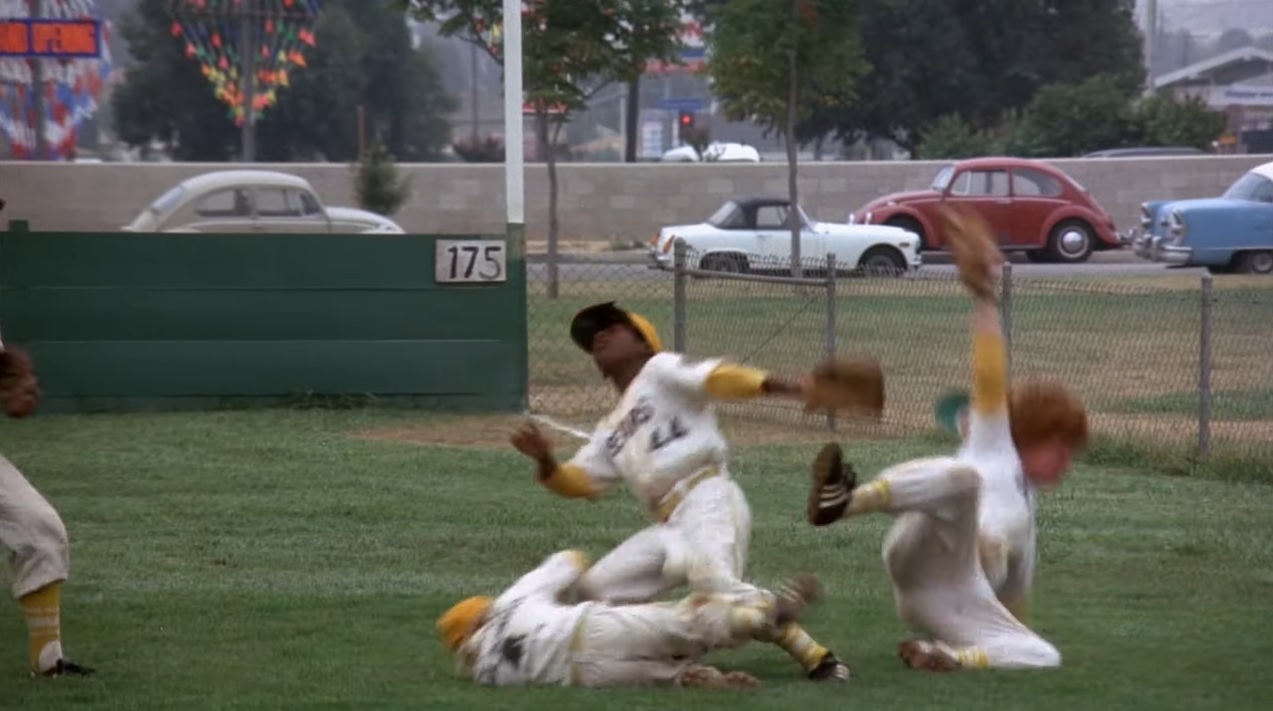 Where is the Pizza Hut seen in the film?

The actual building is still there and now is a Panda Express. Located across the street from the baseball field.

What about the Bonanza Arcade? Where can that be found? About 7 miles away from the baseball field is the The Gelsons Market Place located at 5540 Reseda Boulevard in Tarzana, California. (home of Tarzan the app man)

Gelson’s is the only store still there. The highest price supermarket in the USA can be seen in the background below.

Where is the baseball field seen in the film?

Come, bring a bat and a ball and play on the same grass as the Bad News Bears did back in 1976.

Looks almost the same as it was 45 years ago.