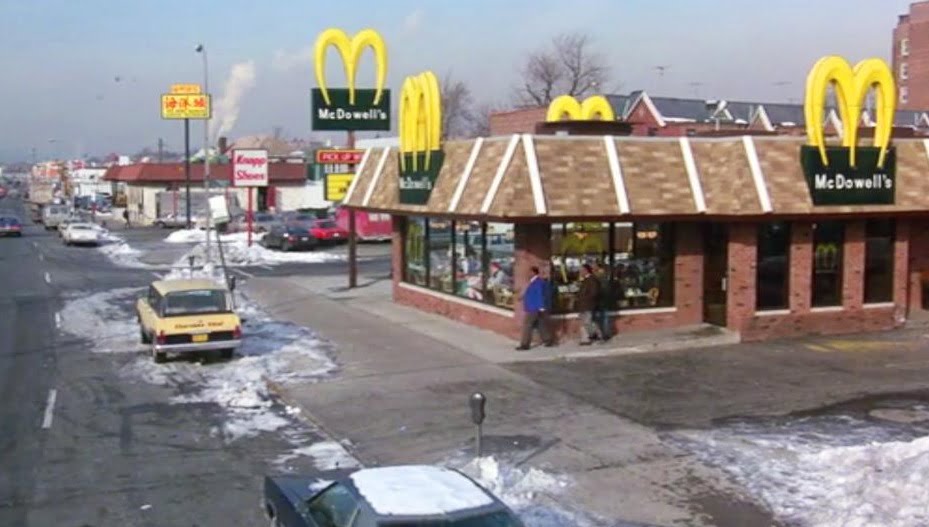 Eddie Murphy and Arsenio Hall’s classic “Coming To America” was filmed in Brooklyn, New York, Los Angeles, and Simi Valley, California. From the Mcdowell residence to Akeem and Semmi’s Apartment Building, we found em all thanks to our readers’ tips.

The Zamundan’ Palace was a full-sized set erected in a large field at the Big Sky Ranch in Simi Valley, California. All of the exterior shots of the Palace were filmed here in the Mountains of Ventura County. Since this was only a large prop, all of the interior scenes had to be filmed on a sound stage at the Paramount Studios in Hollywood, California.

At the beginning of the Movie, Akeem his father, the King, are seen walking and talking on the property of the Zamunda’s palace. The elephants and zebras scenes were filmed at The Huntington Library, Art Museum, and Botanical Gardens located at 1151 Oxford Rd, San Marino, California

Where is the McDowell’s Restaurant located? Is it real?

Location # 2 is the McDowell’s in Queens. This is a real restaurant and is now called Wendy’s. Located on Queens Blvd in Elmhurst, you can actually visit this location and eat some food in the same location as where the movie was filmed.

As you can see on google maps, this location was unfortunately town down in late 2018 map it here!