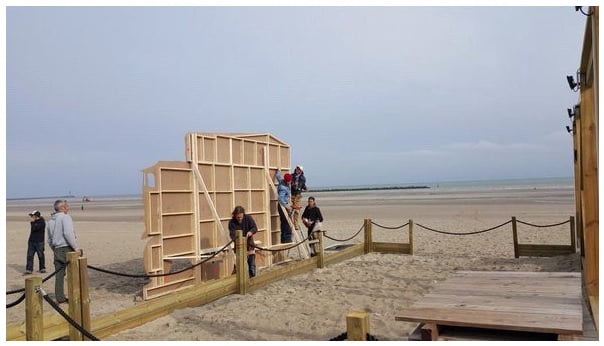 Where was Dunkirk filmed?

Aug, 2016: Tons of old planes and cars were scattered around The Point Vicente Lighthouse in Rancho Palos Verdes, California for the filming of the movie. Thank you “RickD” for the tip! Thank you “@LimaDelta7 for the tip!

05/28/2016 – Harry Styles and thousands of extras were spotted filming in Dunkerque, France Thank you “@DNurakhmetova” for the pic and tip! Thank you “@iWant1D_Updates” for the pic and tip!

Where were the Railway scenes filmed at:

Operation Dynamo “1” scenes were filmed at the Beach of Malo-les-Bains in Dunkerque, Nord, France

Do you recognize a location on film? – Send us a tip here.