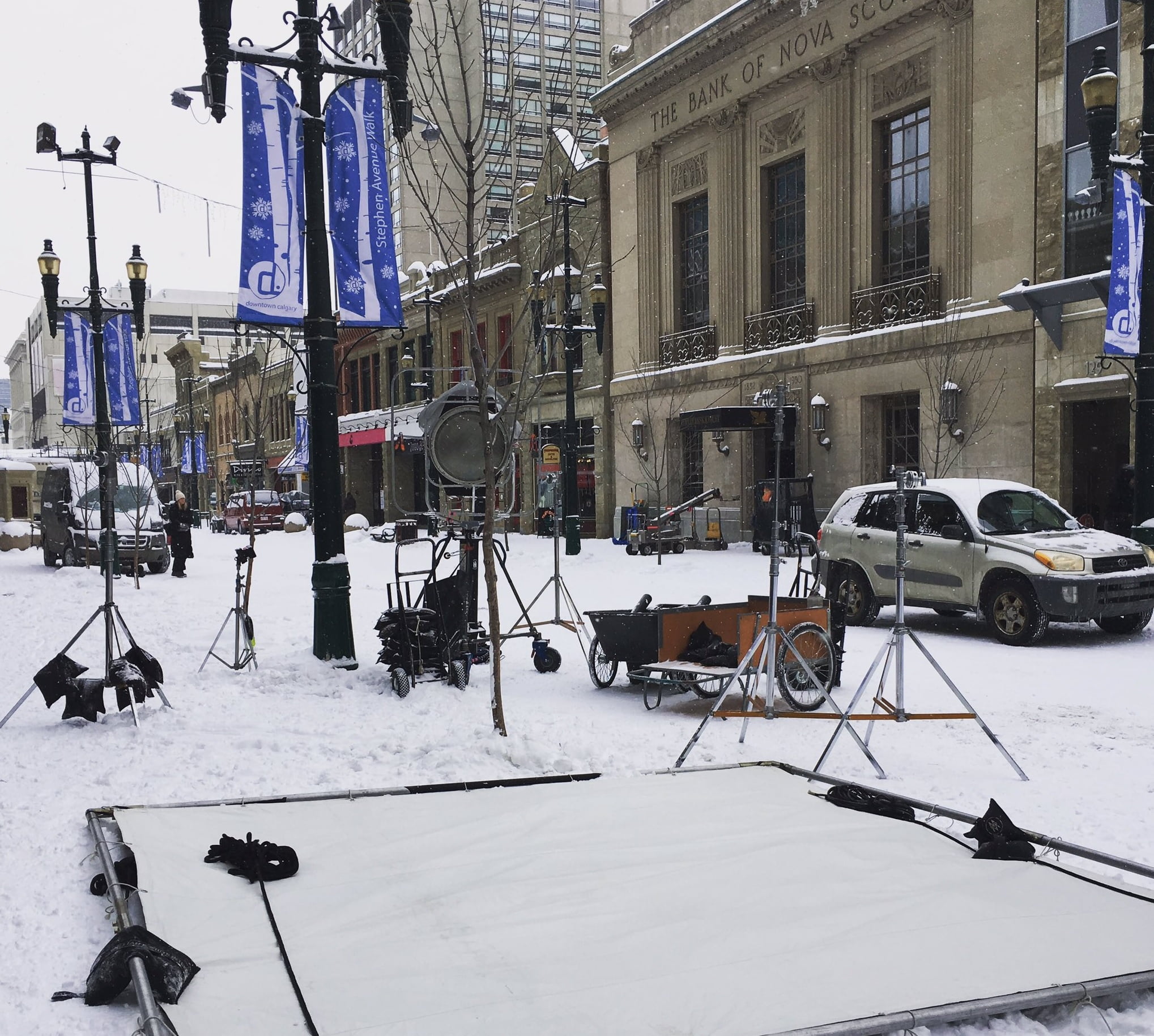 Updated! On January 20th. 2016 – A pivotal stunt scene will be filmed on 9th avenue SE near Swann’s (The Dirty Duck) on January 20th according to a Post sent in that was spotted on this sidewalk.

thank you “fan” for the tip! Thank you “@savannahyyc” for the pic!

Where is the parking lot used in the series?

On March 7th, 2017 – Crews were spotted on Pumphouse Ave filming Ewan McGregor inside of a silver SUV.

Thank you “@MaskwaEnv” for the tip & pic!

March 2017: The city of Calgary has been transformed into Eden Valley, Minnesota for the filming of FX’s Fargo, Season 3

On April 16th, 2017 – Fargo was spotted filming at Mayland Heights School in Calgary. We now know this was the headquarters for the Sheriff’s department.

Thank you “globalnews.ca” for the tip & pic!

Updated February 2017 – The Canada Post in Beiseker is currently being used for the filming of season 3 of Fargo.

Fargo was spotted filming at Dr. Oakley School in Calgary back in March, 2017.

Thank you dan&tee for the tip!

A random scene was spotted filming at The Bank of Nova Scotia Building in Calgary.on February 6, 2017

Thank you “@calgaryfilm” for the tip!

Where is the The restaurant “DInEr” used in session 3? The Delightful Cafe was transformed into a restaurant for the filming of the series. Located in Inglewood, Calgary.