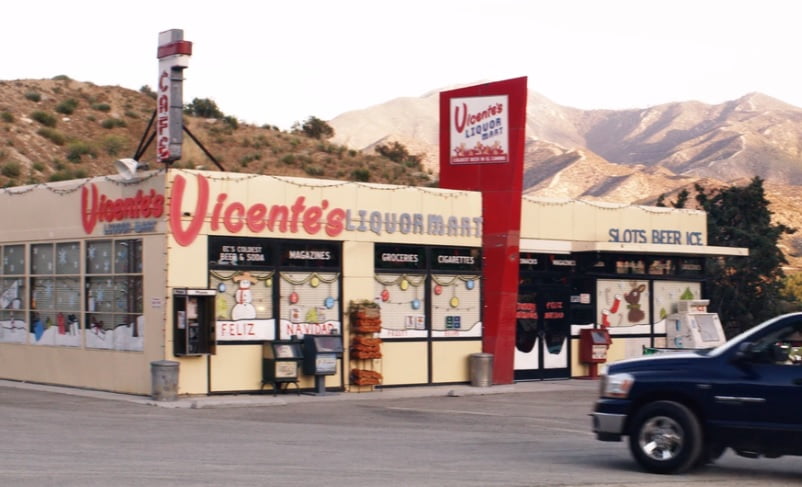 The Vicente’s Liquor Store is not real and is actually located on a movie studio back-lot located inside the “Middleton Ranch” in Acton, California. Literally, hundreds of movies, TV series, and commercials have been filmed here due to its awesome location. Some including the Agents of S.H.I.E.L.D. and the Supergirl series.


Location # 2 is The Halfway House Cafe seen in the film.

This is a real Cafe located in Sunny Santa Clarita, California. This spot was used due to its rustic design and architecture. Many movies and TV shows have been filmed here including Tenacious D and the Pick of Destiny.

The Motel in the movie is Sierra Palona Motel, which is also in Santa Clarita, CA where a lot of the filming was done. It’s not too far from the Cafe.

Thank you Johnny Kash for the tip!

Where is The Sheriffs station seen in the film?

The station is located in Piru

The Sheriff station is located in Piru, CA on Center Street. Other scenes are also filmed just down the street at Fustero and Center street.

Thank you Francky the Banana for the pics & tip!

‘El Camino Christmas’, a new Netflix TV show starring Dax Shepard and Kurtwood Smith, is filmed in the city of Santa Clarita, California, and in various other nearby cities.