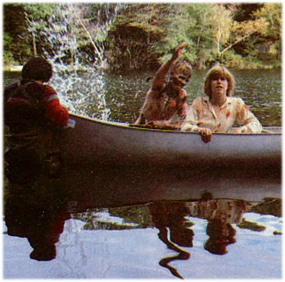 What lake did Jason drown in when he was just a boy?

The Sand Pond located on the Camp No-Be-Bo-Scoin What is the address to Camp Camp Crystal Lake?

aka “Camp No-Be-Bo-Sco” can be found in Hardwick, New Jersey Where is the Diner that was used in the movie?

The Blairstown Diner in Blairstown New Jersey and is still open for business today.