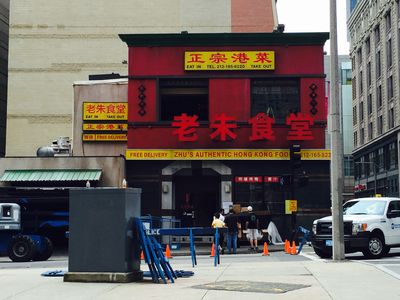 More than 30 years after the original took the world by storm, the Ghostbusters are back. A fresh take to the craziest supernatural movie ever made. Explore the movie locations used in the sequel to the cult-classic.

The 2016 Ghostbusters Headquarters is actually Kaze Shabu Shabu in Boston

The old Everett High School was converted into The Higgins Science Institute for the filming of the new Ghostbusters movie.

The Times Square scene was actually shot in Weymouth

unknown exact address – Got a Tip?

Written By: Dan Aykroyd (based on the film “Ghostbusters” written by), Katie Dippold