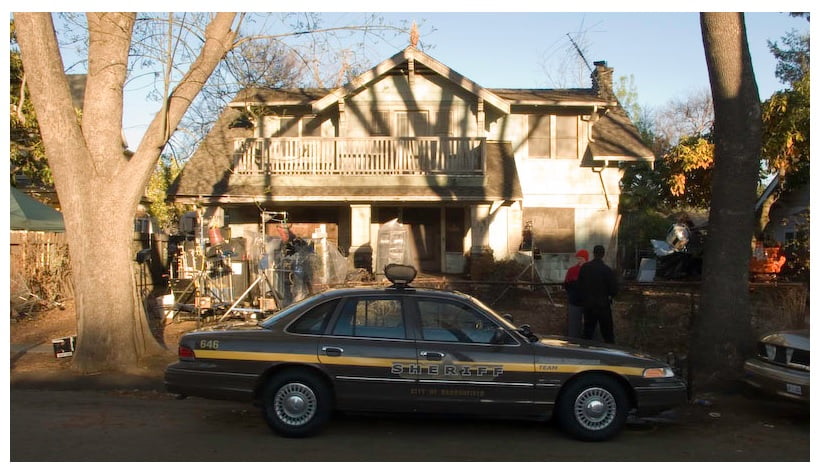 The movie that changed horror flicks forever, “Halloween” was filmed at many locations around the Los Angeles area. In Pasadena is where you can actually visit the real Michael Myers house and in Hollywood, California is where you can visit the main houses used in the movie.

The hardware store where Michael Meyers buys a knife and a Halloween mask is located on Mission Street in South Pasadena, California. Now, this location is home to the Radhika Modern Indian Restuarant.

is located in South Pasadena and is available to go visit.

Originally located at 707 Meredian Ave – The house was moved down the street and now sits at 1000 Mission St. South Pasadena, CA 91030 (next to the railroad tracks) Laurie picks up Tommy after school

Laurie played by (Jamie Lee Curtis) is terrorized by Michael Myers while she baby-sits Tommy at the Doyle house. This famous house is located right in the middle of Hollywood, California Fun Film Fact: This is the same house as the “Chang” Residence in American Horror Story “Cult”

The Wallace house is where Annie was murdered

“The house with the jack-o-lantern on the porch”