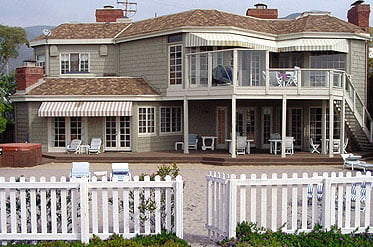 In Hannah Montana, Miley Cyrus’s character lives in a beach house with her dad & brother. That beach house is actually located in Malibu, California.

Fun Film Facts: This is the same home used as Madeline’s Home in Big Little Lies.

The house was listed for sale in 2009, with an asking price of $15 million