“Arthur’s From The Pilot Episode”

Al’s was not a real restaurant. A replica of a typical 1950’s drive-in diner was created on the Warner Brothers Back-lot to look like the famous Al’s Drive-In.

The group’s High School was not a school at all, it was actually the Paramount Studios Backlot – Lucy Park, Los Angeles, CA 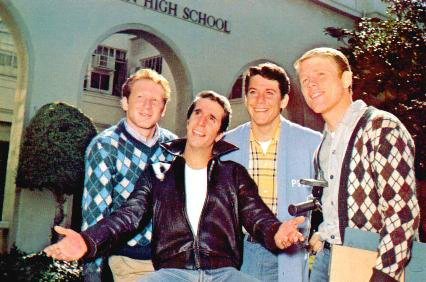