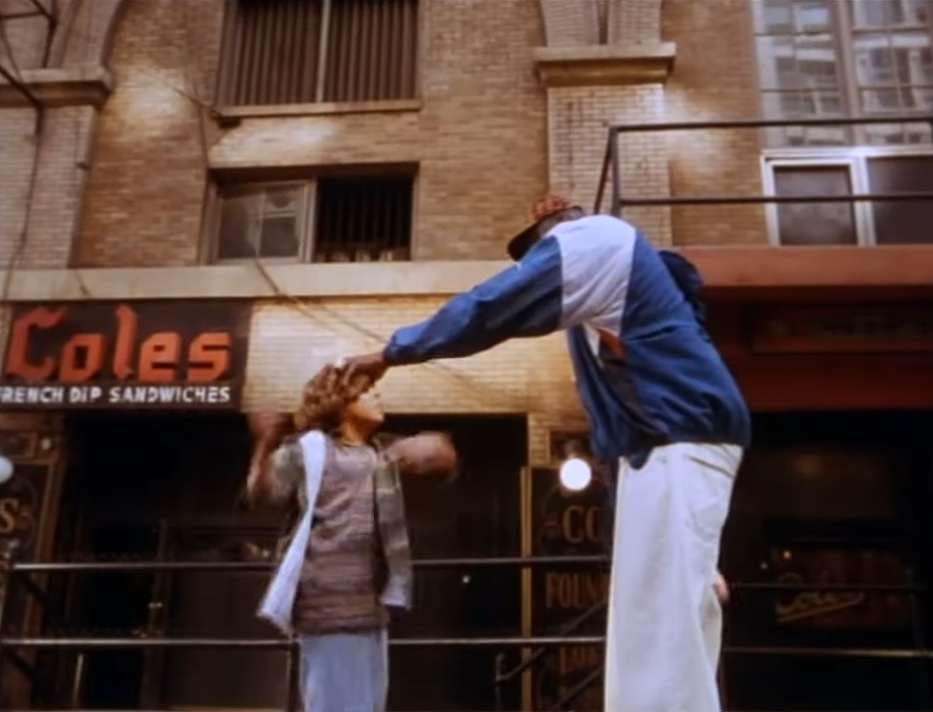 The rapping Genie Movie starring Shaq was filmed on location in Los Angeles.

In the movie you can see Coles French Dip located on E 6th Street in Los Angeles, California.

Where was the Genie’s store called “Lamps” located?

Me, my brother Berg, and about 100 extras met up at a huge loft in downtown Los Angeles in the summer of 1995. It was early roll call, about 8 in the morning. I was young and don’t remember where it was exactly located. The cool thing was, it it was a Disney movie so we all ate good that day. If you watch the movie, we’re in the scene when Shaq starts rapping as the genie. We were at the top level standing next to him as he made his way down to stage. We’ve tried but have been unable to see ourselves on film. We were also standing up on the balcony dancing. They told Shaq to throw his glasses to “those guys”. We were the guys haha. I actualy stood next to Shaq. he’s freakin tall. It was kind of awkward cause we were all standing around being silent for hours. All in all it was amazing.

“I stood next to Shaq, he’s freakin tall“

Most of the movie was filmed around Los Angeles including the San Fernando Valley.