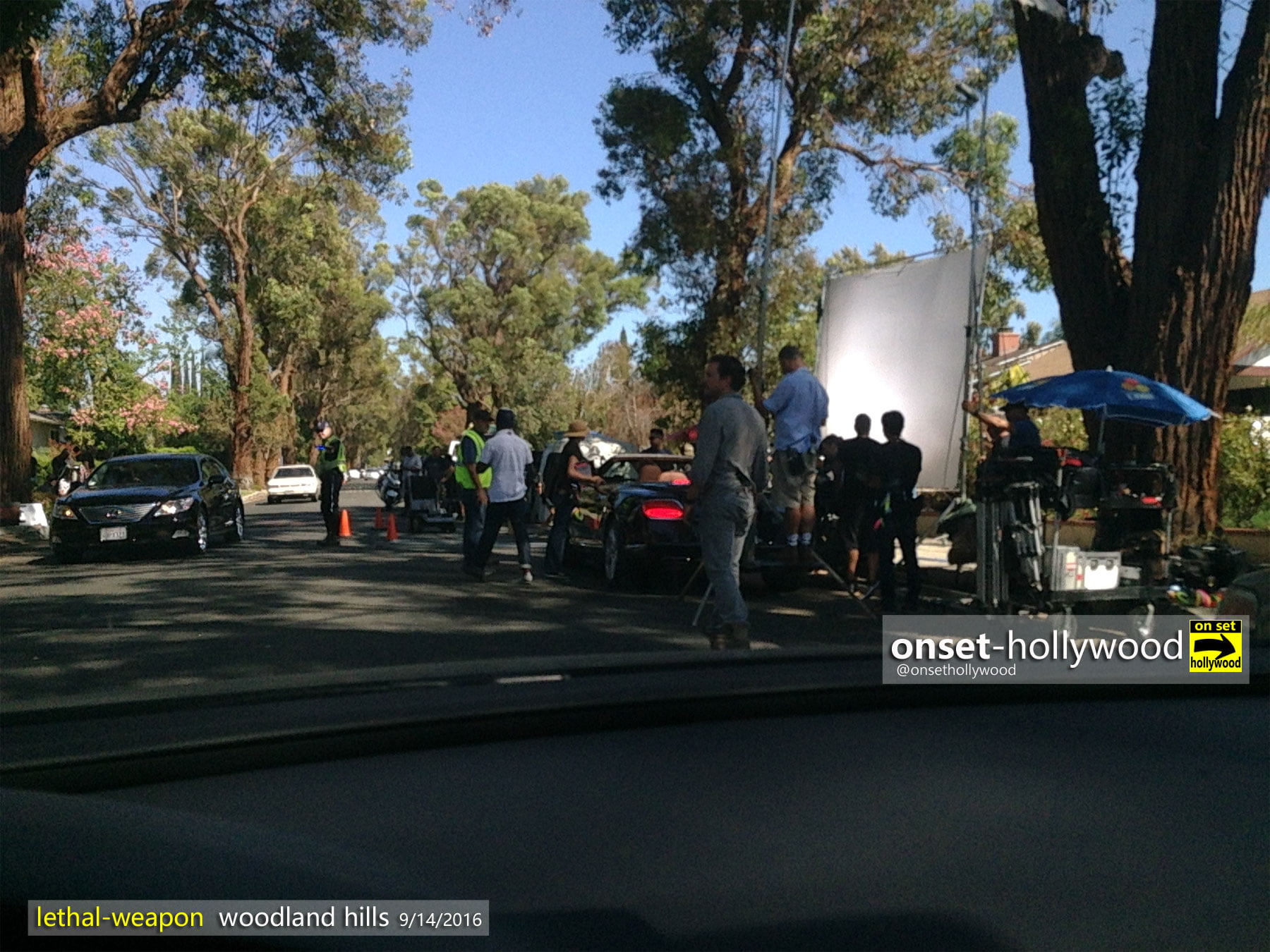 The new FOX series “Lethal Weapon” starring Damon Wayans, & Clayne Crawford is filmed on location in Hollywood, Malibu, and the San Fernando Valley, all of which are located near Los Angeles, California.

The new FOX series Lethal Weapon has been spotted filming in Hollywood, Malibu & even the San Fernando Valley

09/14/2016 – A Porsche camera truck was spotted chasing an orange McLaren through the intersection of Canoga and Burbank in Warner Center . Crews were filming the new FOX series “Lethal Weapon” starring Damon Wayans and Clayne Crawford An orange McLaren in this scene is being chased down the streets of Canoga Ave and Burbank for the Fox Series Lethal Weapon in Woodland Hills, CA

Thank you “Judy&Lia” for the pics & tip! Thank you “Judy&Lia” for the tip! Thank you “Judy&Lia” for the pics & tip!