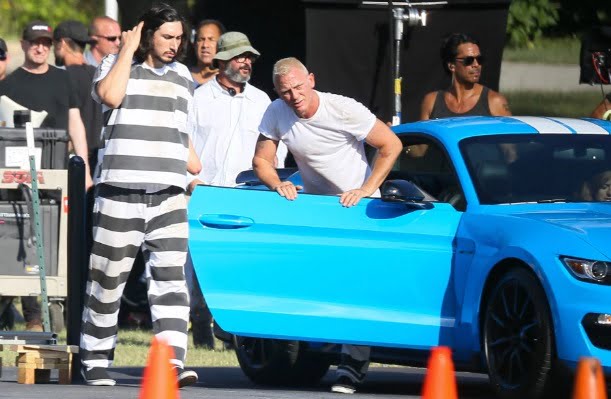 Where was Logan Lucky filmed?

The star-studded movie “Logan Lucky” starring Daniel Craig & Channing Tatum was filmed on location in Atlanta, Georgia and some scenes were done in North Carolina as well. In particular, the Hudson Hickory House was filmed in Douglasville, Georgia and shots were reportedly produced at the Thornhill Clubhouse in Duluth, GA. The Charlotte Motor Speedway was actually used in the film and is a real racetrack where NASCAR really does some of their races.

Logan Lucky follows two brothers who attempt to pull off a giant heist during the NASCAR race in North Carolina at the Charlotte Motor Speedway (a real and unchanged film location used for the movie) for their own monetary gains. They need some help with their adventure so they team up with their sister Mellie as well as a demolition expert named Joe Bang in order to help them get into the underground systems of the racetrack.

Thank you “bean” for the tip!

October 2016 – Logan Lucky will be filming in at the Thornhill Clubhouse in Johns Creek, Georgia on the 4th and 5th of October

exact address – unknown – Got a Tip?

Thank you “kevin-park” for the tip!

09/06/2016 – Logan Lucky was spotted filming in Georgia at Taylor Farms Park this week.

Thank you “Andrew F” for the tip!

The classic NASCAR scenes were shot at Charlotte Motor Speedway in

unknown georgia location – Got a Tip?

Thank you “Aimee” for the tip!

Clyde Logan played by Adam Driver drives through the mini-mart

Casting Info: CL Casting is looking for four different positions for the film: waitress, cook, cashier and athletic males. For the specifics requirements of each role, as well as how to apply, click here