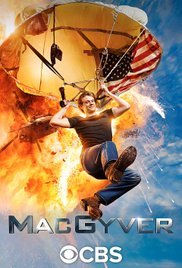 The 2016 series ‘MacGyver’ starring Lucas Till & Sandrine Holt was spotted filming in the city of Pasadena for what we assume is the first season of the show. The series is a reboot of the ABC show that had the same exact name from the ’80s to the ’90s.

The newest edition of the show is based on the vision of a show by Lee David Zlotoff and is developed by Peter M. Lenkov. The series follows a similar plot to the old show — Angus “Mac” MacGyver works for the a secret U.S. government organization that utilizes Mac to save people’s lives using science and technology.

On 11/20/2016, MacGyver was spotted filming in Pasadena, California at a location that was also used for Scream Queens (Season 2). The exact address of a heavily used spot for the production of the series is 2632 E Washington Blvd, Pasadena, CA 91107.

Fun Film Fact: This is the same location used in Scream Queens – season 2