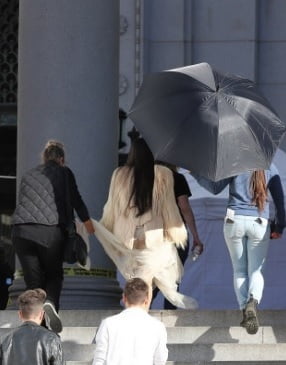 About 20 no-parking signs telling residents that “Linus” will be filming 12/16 on 47th between 5th & 6th. We now know the rumors around town say this was the secret set of a new Oceans 8 movie were true.