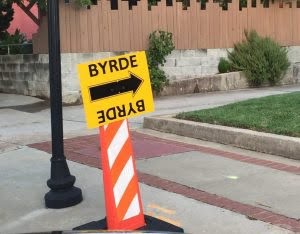 Have you ever wondered “where’s Ozark Filmed?“

The real Ozark Mountains in Missouri were used in only some of the above helicopter shots, and all of the rest of the show has filmed been filmed in small cities all around Georgia in places like Canton, Woodstock, Norcross, Marietta, Braselton, and Atlanta just to name a few. It’s a lot cheaper and easier to recreate the Ozarks in Georgia than to actually film in the real place.

Although some locations are private, most of them are public and can be seen from the road.

The first stop on the Ozark Filming Location Tour is the Blue Cat Lodge.

This is a real restaurant called Little River Sports Bar & Grill. This lake-side local hang-out was turned into the Blue Cat Lodge for the filming of the show.

Update: As of January 2020, Netflix has purchased the property and has closed up the restaurant 🙁

Random production sighting. exact address is unknown – Got a Tip?

Thank you “Majalina” & scoopotp.com” for the pic!

07/26/2017 – ATLANTA, GA – According to 11alive, the hit Netflix series “Ozark” is being filmed in locations such as the Victoria Harbour Marina and the Sunset Grille Restaurant, which are located on Lake Allatoona in Woodstock. Additional locations were spotted such as the Jones Bridge Park in Norcross, the Williamson Bros. Bar-B-Q in Marietta, the Chateau Elan Winery & Resort in Braselton, and finally The Silver Skillet located in Midtown Atlanta, Georgia.

Where is that Lickity Splitz Dance Club located?

The building that houses the Lickity Splitz Dance club is located smack in the middle of the Motel 6 Norcross, GA – Atlanta Northeast parking lot. Only the exterior scenes were shot here. All of the internal scenes were done on either or soundstage at the Eagle Rock Studios, located in Norcross on Oakbrook Pkwy

Where is the dockyard / boat-yard located?

The main dockyard used in this show and where some members of the Langmore family work, is actually located across the street from the Blue Cat Lodge at the Little River Marina.

The last stop on the Tour is the Byrde Family home. This private residence is located on Gaines Ferry Road in Flowery Branch, Georgia.