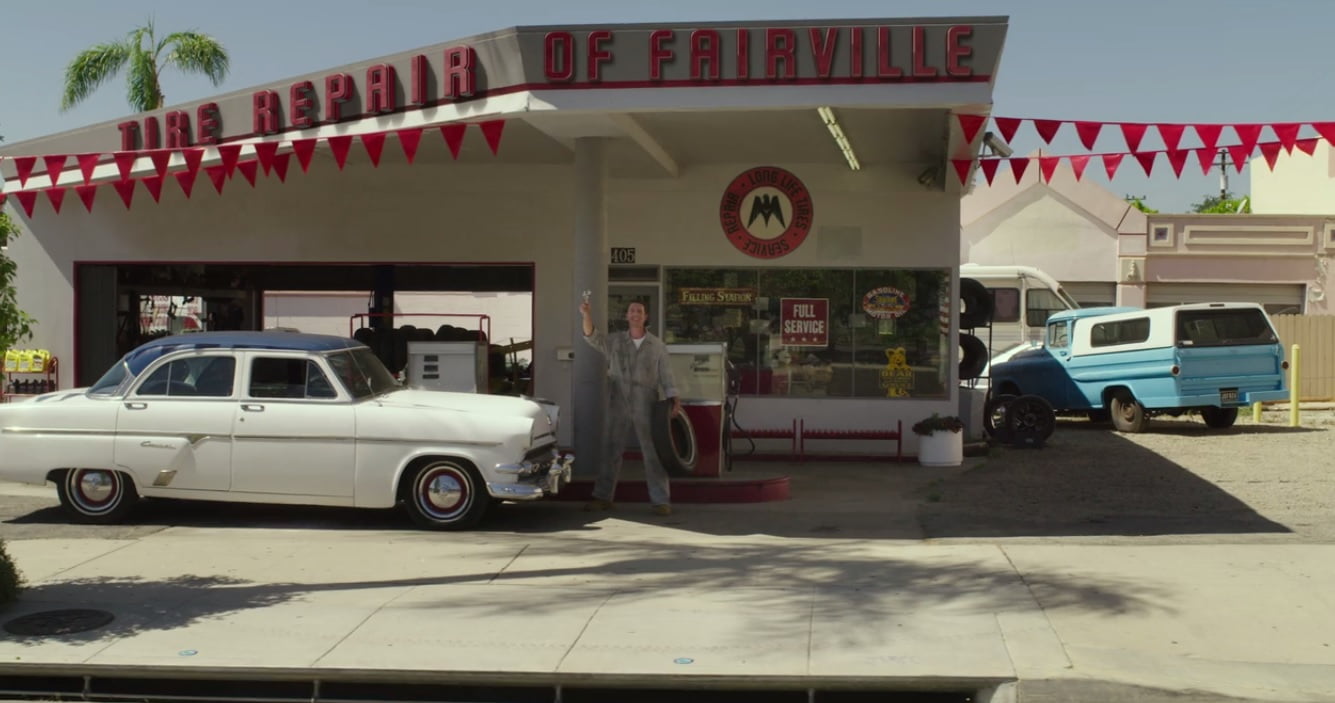 Where is the town of Fairview?

Where is the “Tire Repair of Fairview”?

Pee Wee says “Hello” to the attendant standing at the old Texaco on Central Avenue in Fillmore, California Where is Pee Wee’s house located?

South Pasadena on Diamond Avenue. This location is only a few blocks from the house seen in Pee Wees Big Adventure. The Apple shaker tree is located on Oxley Street Fun Film Fact #1: The apple tree was a prop and not a real tree.

Fun Film Fact #2: This is the same street you can find Pee Wee’s original home in Pee Wee’s Big Adventure.

Pee Wee’s Throws an Apple to his neighbor Pee Wee throws an apple to a kid A tire rolls off the trailer