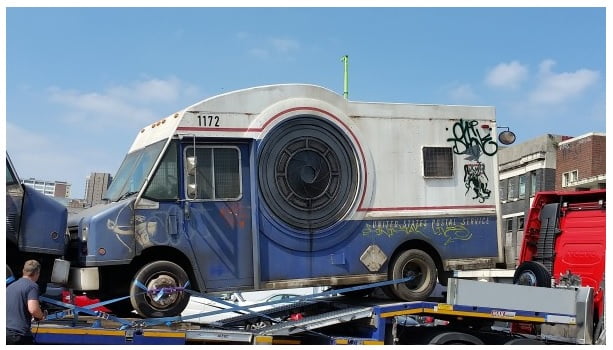 BIRMINGHAM – Aug, 2016: Future cars and trucks were spotted in Digbeth this week for the filming of “Ready Player One”

Thank you “Olly MacNamee” for the tip! Thank you “@ADJobsUK” for the pic & tip!