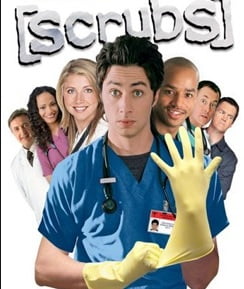 Turk and JD Go to the Strip Club – Episode 8

JD and Elliot have lunch with Dan – Episode 6

Laverne’s funeral in episode 16 was filmed at the Church of the Chimes in Sherman Oaks, California

Get ‘Scrubs’ on iTunes