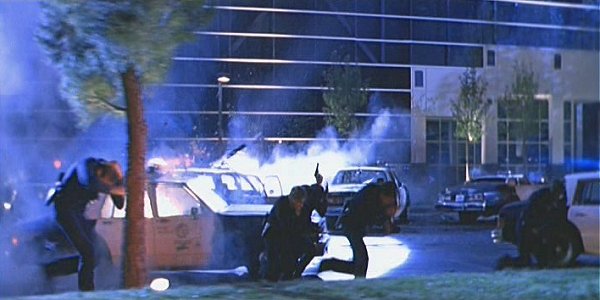 Terminator 2 was mostly filmed in the west San Fernando Valley and Lancaster, California

John and the Terminator call his foster parents from a pay phone located on Foothill Boulevard in Pacoima, Ca

Where is Cyberdyne Headquarters? This is the store where John, Sarah, and the Terminator stop at. Below is what is looks like today.

Thank you “tommyG” for the tip!