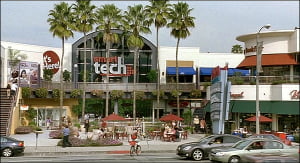 Where did Andy, Cal, Jay, David, Mooj, and Haziz work?

The Smart Tech Electronics store was created inside a mini-mall located on Ventura Blvd in Encino, California.

Across the street at 17412 Ventura is the ‘We Sell Your Stuff on eBay’ store, run by Trish ‘The Ebay Store’