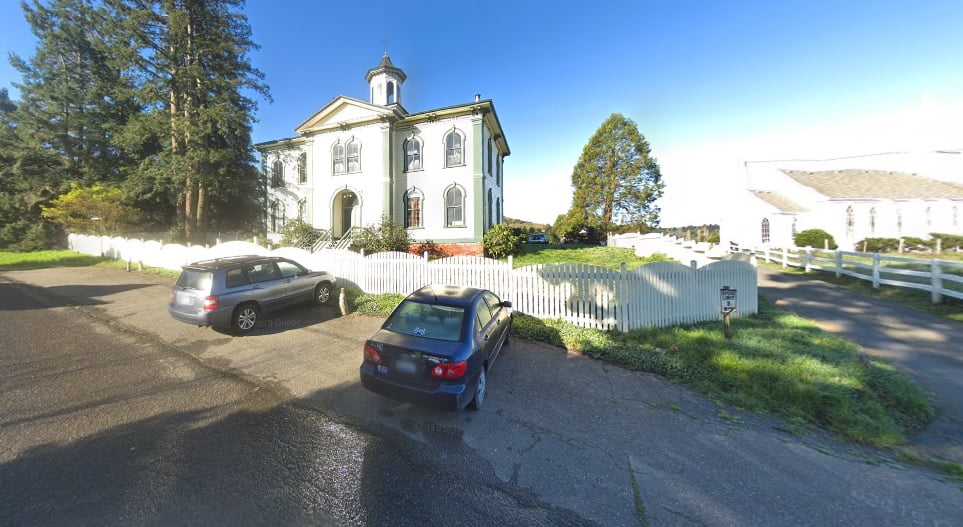 Where is the School house shown in the film?

The Potter School House can be found in Bodega, California

The Potter School was built in 1873, and dedicated on October 31.  It was built on land donated by Sheriff Samuel Potter, sheriff of Sonoma County, and constructed from locally harvested ancient redwoods.

The Tides Restaurant seen in the film is located is at 835 Bay Hwy, Bodega Bay, California