The Motel at the start of the race “The Cannonball Pub” is located in Atlanta, Georgia 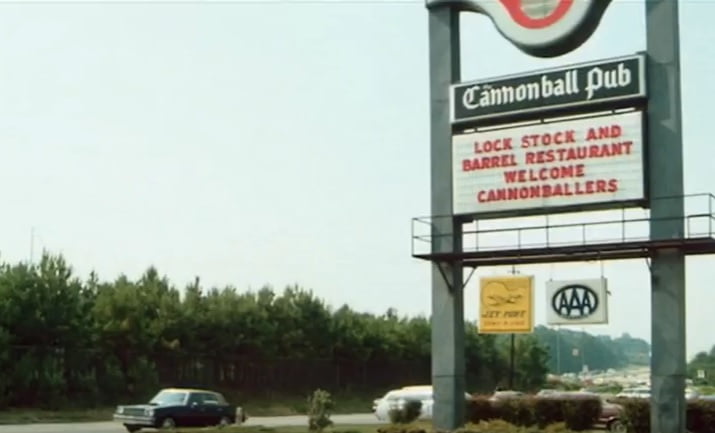 J.J. and Victor’s ambulance is crossing the bridge into St. Louis is the Eads Bridge in St. Louis, Missouri

Harbor Scenes were filmed at the King Harbor located in Redondo Beach, California