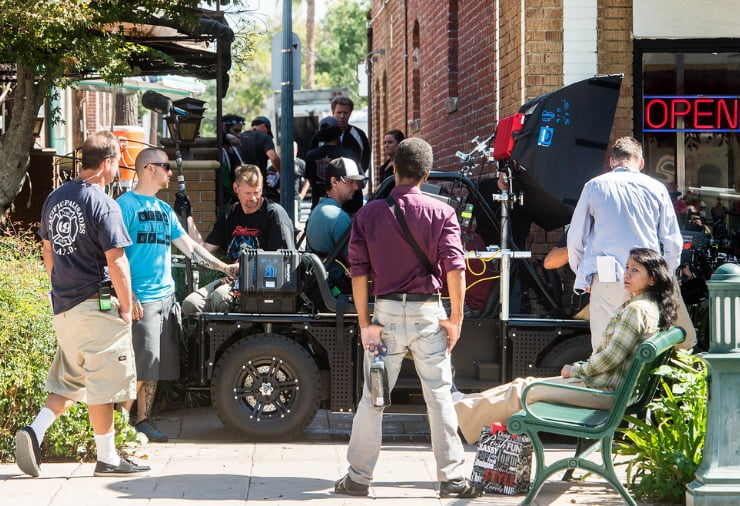 Will Ferrell on set of The House in Monrovia

October, 2015: Will Ferrell & Amy Poehler were spotted on-set in Old Town Monrovia this week filming their new movie The House.

About 100 crew members were on location for 2 Days of filming that took place at the Florsheim Shoes / Crown Shoe store on Myrtle Ave.

Thank you pasadenastarnews.com for pics & Gigi for the tip!