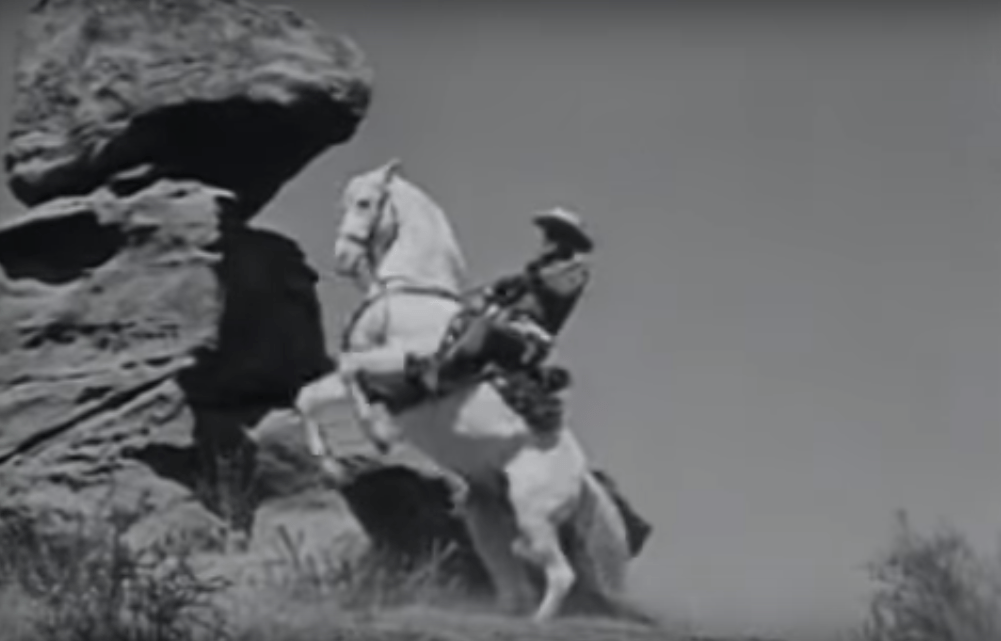 Many locations all over the Los Angeles area were used to create the classic show. Have you ever wondered where that big rock is located that’s shown in the title of The Lone Ranger Shows?

The massive rock that the Lone Ranger gallops up to is located inside the Iverson Movie Ranch that was located in the northern portion of the San Fernando Valley, in Chatsworth, California.

Many other locations around the Chatsworth area including the old Western town at Spahn Ranch where later the Charles Manson crew took over and made all that bad stuff happened. That place is located right down the street from the Lone Ranger Rock.