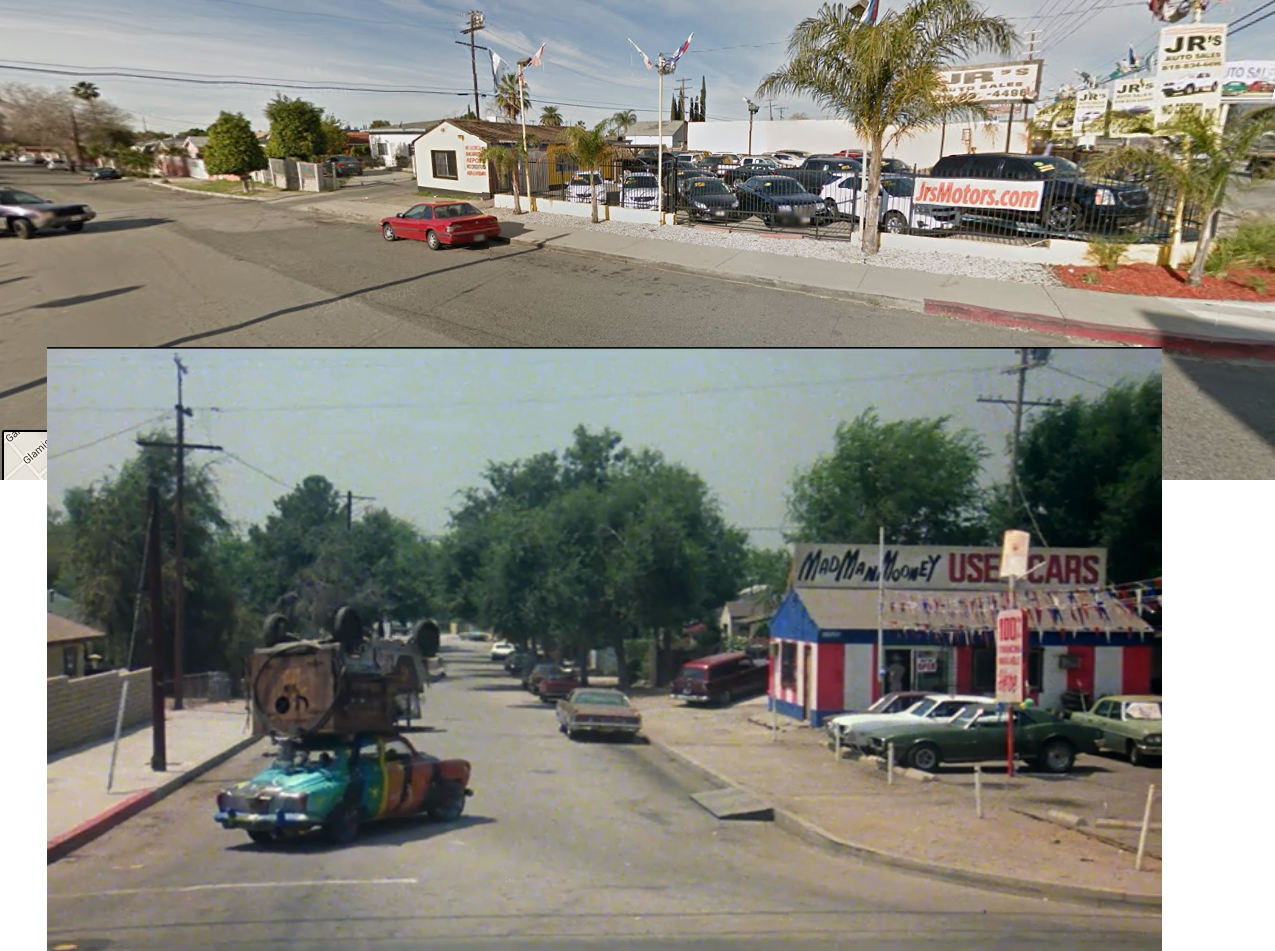 Have you ever wondered where the Muppet Movie was filmed?

We have recently received a couple great tips on where some secret filming locations for the 1979 Muppet Movie.

It seems that the outdoor scenes, such as the frog fishing scenes, were filmed on the backlot of Disney’s Golden Oak Ranch in Santa Clarita, and most of the interior scenes were created at the Walt Disney Studios in Burbank.

Kermit and Fozzie Bear sing The Moving Right Along song while driving in a Studebaker on On CA highway in 68 Salinas, California. The boys then see Big Bird walking to Hollywood just outside “The Farm in Salinas” located in Monterey County at 7 Foster Rd, Salinas, California

Below is a great video of here and now of these locations.

Surprisingly, most of the other outdoor scenes shown in the movie were actually filmed in the famous San Fernando Valley in Los Angeles.

The first location found in the valley is Casey’s Cycle Repair shop aka (the old Vespa Dealer) is still located in the same spot on San Fernando Road.

Where was the “Mad Man Mooney” Used Car Lot owned by Milton Berle?

The second location found in the Valley is the Mad Man Mooney’s used cars located on San Fernando Road in Pacoima, California. This is the actual car dealer where Fozzie, Kermit, Camilla, and Gonzo trade-in their car that has another car attached upside down to the top.

Do you know of a filming location? Send us a tip here Twitter Tips @Hollywood_Sets  Facebook Tips