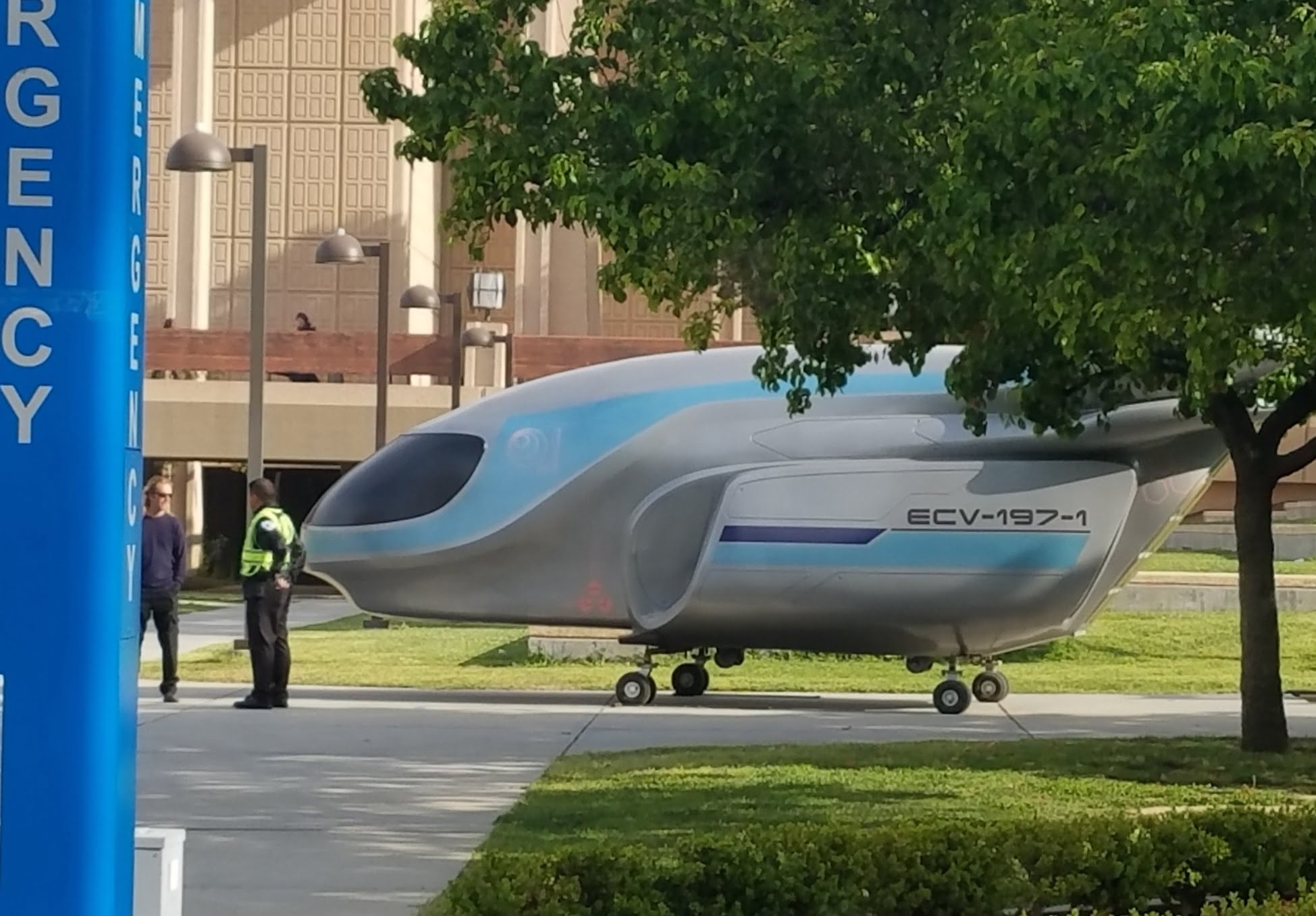 The Orville “ECV-197-1” was on site along with 200 cast and crew members. User “Lia” told On Set Hollywood that some students were asked to be the background for some pivotal shots of the episode. Seth Mcfarlane was spotted hanging with fans and taking selfies in the Sierra Quad located on campus.

Thank you “judy&lia” for the tip!