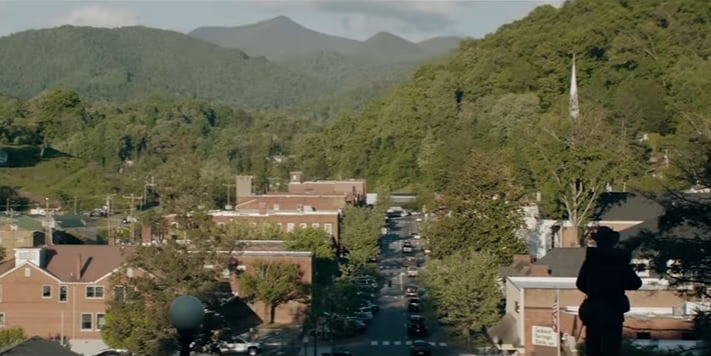 The American-drama movie “Three Billboards Outside Ebbing, Missouri” starring Woody Harrelson and Peter Dinklage was filmed on location in Asheville, North Carolina and surrounding areas. The film was produced on many locations including in downtown Sylva, near Black Mountain and in Maggie Valley, according to RomanticAsheville.com.

The town of Asheville, NC has also been used for other great movies including Masterminds, Dirty Dancing, Legacy of a White Tail Deer Hunter, The Hunger Games, Forrest Gump, The Fugitive and many more. Thank you “carey” for the tip!