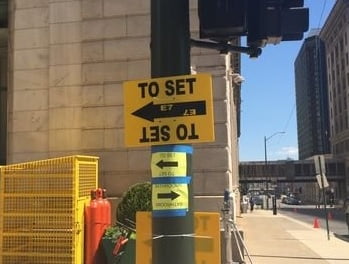 DETROIT – June, 2016: Mark Wahlberg  & Anthony Hopkins were spotted filming the a Transformers movie in downtown Detroit this week. Yellow production signs were visible all over the city Thank you “@TerryPaczas” for the tip!

06/24/2016 – Transformers 5 is filming in downtown Detroit this week. Actors and stunt men were flying and hanging out of moving cars today. The Camaro scene below was being shot out Michigan Ave in front of the Comerica Bank Building Thank you “Max Ortiz @ The Detroit News for the pic & tip! Thank you “Breana Noble” @ The Detroit News for the pic& tip!