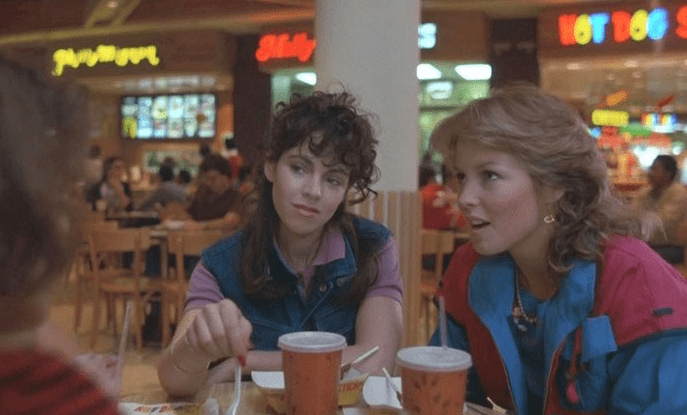 Where was The classic 1983 movie “Valley Girl” was filmed?

Many filming locations can be found in the real Valley called the San Fernando Valley, located just north of Los Angeles.

Where was the Mall seen in Valley Girl?

Tip courtesy of Heidi Holicker “STACEY” in Valley Girl, seen below on the left.

Fun Film Fact: The Sherman Oaks Galleria was completely re-constructed into an outdoor mall after the 1994 earthquake

Where’s the “Party house” used in the film?

Where is Julie’s house located?

Where were the High School and Prom scenes filmed?