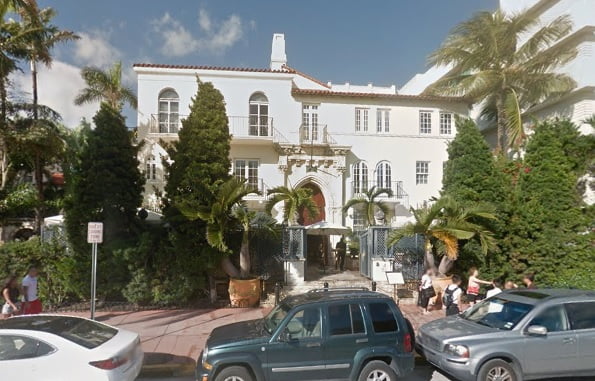 Where is Versace’s famous Mansion located?

May 9th, 2017 – Crews were spotted filming an reenactment of Versace’s death at the fashion designer’s Miami Beach Home. This is the actual spot where Veresace was shot to death on July 15, 1997.

Thank you “hunnyBee” for the tip!

American Crime Story  “The Assassination of Gianni Versace” was spotted filming at the Daniel Freeman Memorial Hospital in Inglewood, California May 26th, 2017 – ACS Versace was spotted filming at the old Valley Plaza in North Hollywood, California. This location has been used in tons of movies and TV series. View more here!

Where is the Cafe located?

The News Cafe in Miami Beach. This is the actual location where Versace ate his last meal. Thank you “mandyH” for the tip!

11/18/2016 – Production signs labeled “AC” were spotted pointing to the old The Farralone House in Chatsworth, California