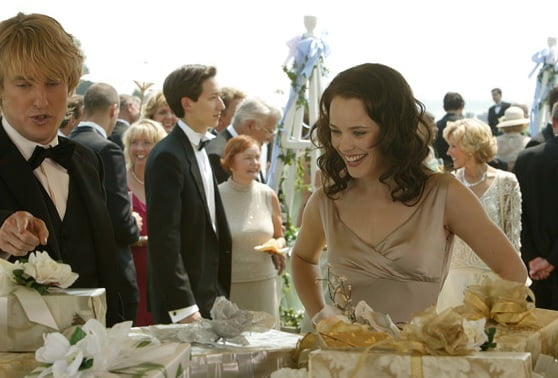 Wedding reception scene in the start of the movie. | Courtesy of New Line Cinema

The 2005 hit “Wedding Crashers” starring Owen Wilson & Vince Vaughn was filmed on location throughout Los Angeles and Maryland. Although the star-studded movie looks to be filmed elsewhere, St Michaels, MD is one of the first scenes of the movie where the reception was taken place.

The main reception scene was filmed on the waterfront lawn of the Inn at Perry Cabin, MD Plot Summary: Two friends embark on a journey to crash weddings as their sole purpose of life in order to get with women and eat / drink for free. Chaos ensues.