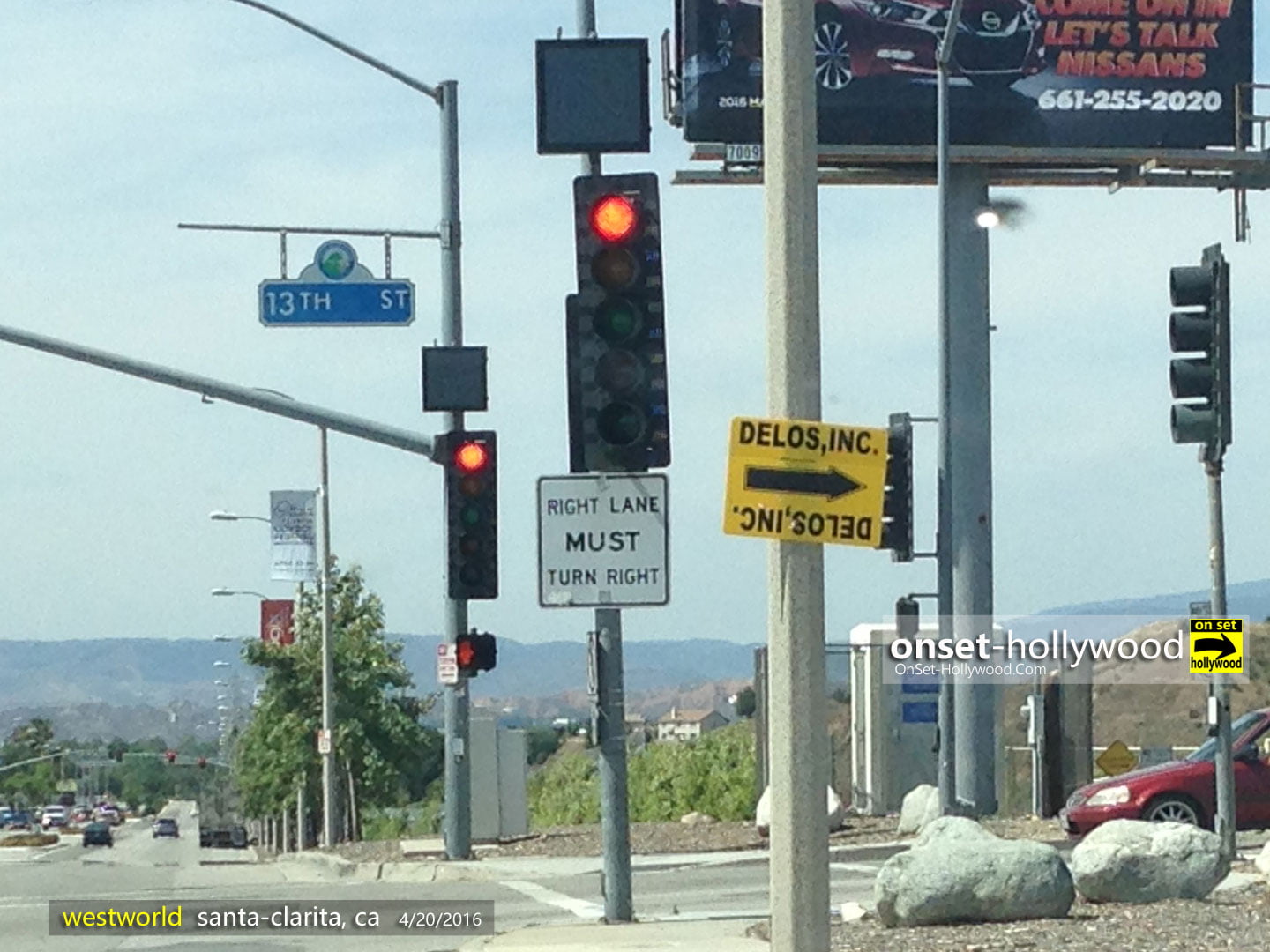 Now, where is “Westworld” filmed?

On April 20th, 2016, production signs labeled “Delos, Inc” were spotted hanging around Santa Clarita, California light posts. All signs had an arrow pointing to a secret location. The signs themselves were located along 13th street and Railroad Avenue. Thank you “hollywoodfilminglocations” for the pic & tip!

08/14/2015 – Gunfire was heard in the hills of Simi Valley, California yesterday for the filming of HBO’s “Westworld” at the famous Corriganville Park Thank you “craigT” for the tip!

Thank you ‘ginaG’ for the tip!

Thank you “ginaG” for the tip! The mountain scenes were shot in Moab, Utah