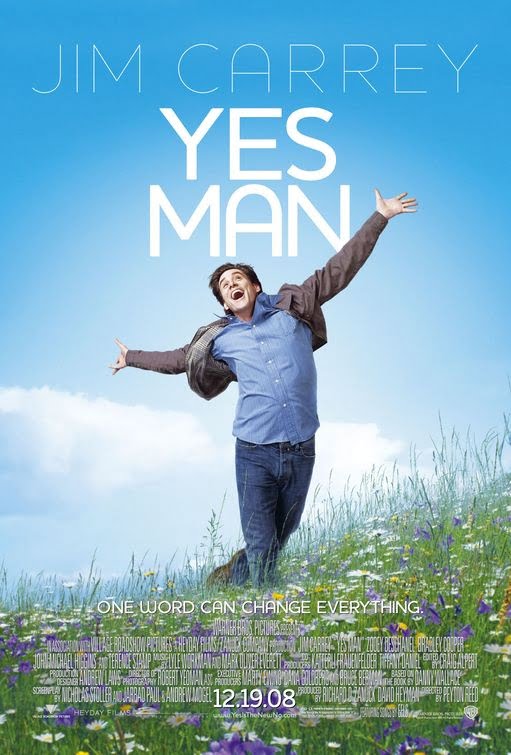 The “Yes Man” Seminar was held at the Hollywood Renaissance Hotel

Allison rides Carl on her scooter

Carl sings to Luis Guzmán at the The Barclay apartment house

The airport is the Ontario International Airport

Since Carl bungee-jumping off of a bridge in Pasadena

In this hilarious scene, Carl is at a Video Store where he first says “no” to his friend and lies to him. This video store is located in Los Angeles, California and is located on Colorado Boulevard.

You know this movie. It’s a family classic. “Yes Man”, starring Jim Carrey, Zooey Deschanel, Bradley Cooper, and a multitude of other amazing actors and actresses. The movie’s plot is simple: Jim, aka Carl, lives a life of “No”. He says no to hanging out with friends, no to going to family events, and no to life. He is then convinced by a friend to visit a seminar where he is coaxed into saying Yes to every single request he receives. This then puts him into a world of drama, luck, and overall happiness. He meets Zoey Deschanel (Allison) and they hit it off instantly, as she is admonished by his behavior. She falls in love and so does he. Soon after the many fun things Allison and Carl do he runs into a bit of trouble and has to come clean about the whole arrangement. He has finally realized that even though he doesn’t need to say Yes to everything (the speaker at the Seminar, Terence Stamp (Terrence) ends up saying it is in general and not to be taken literally), that he has accomplished what most in life can’t do: say Yes to live