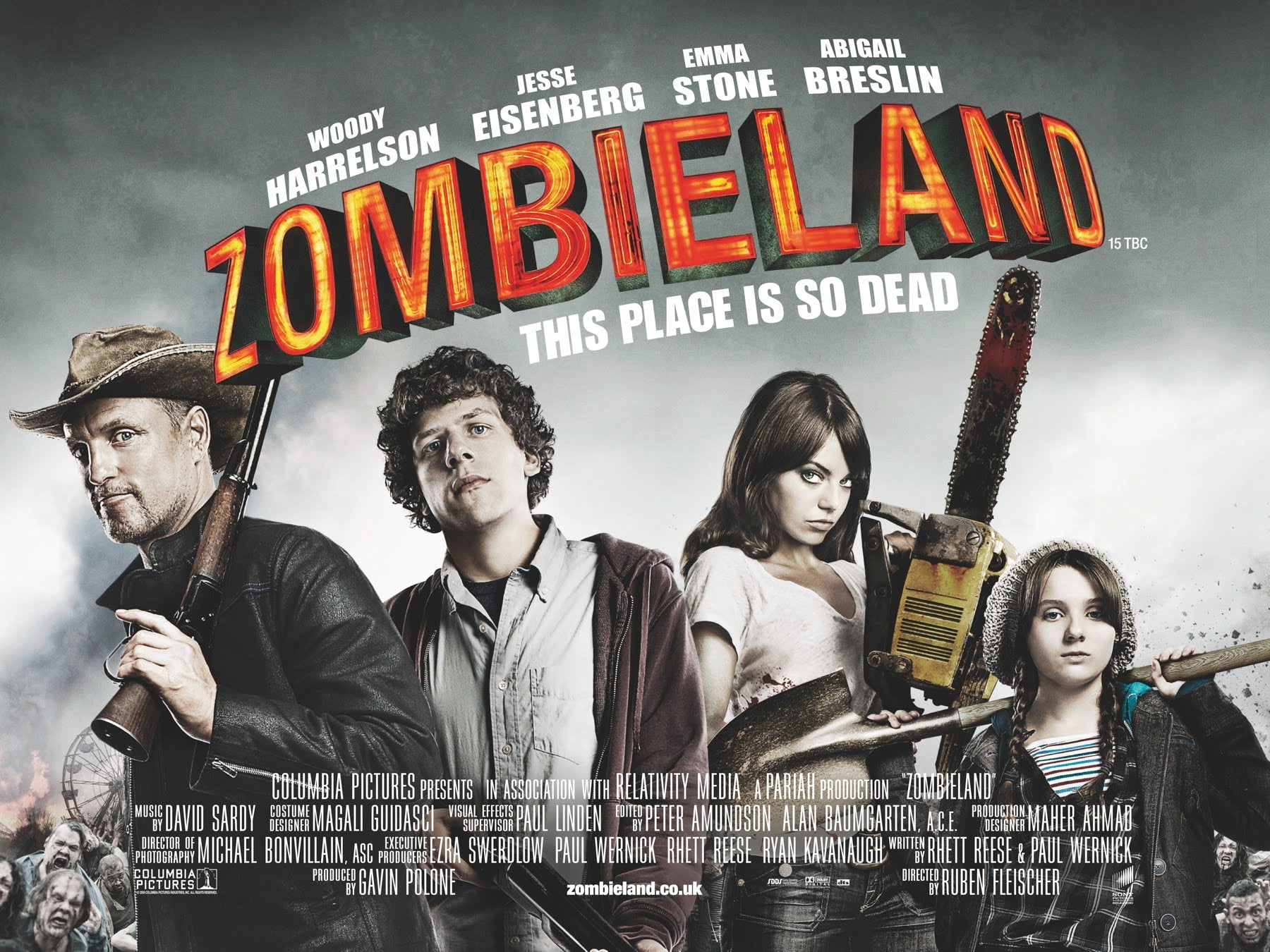 The hilarious, yet somehow scary movie ‘Zombieland’, starring Jesse Eisenberg, Emma Stone, Woody Harrelson, and many more, came out in 2009 and was an instant classic. As the crew of four make their way towards Los Angeles, you are in for a hilarious, yet educational journey. The movie Zombieland was filmed around Atlanta, Georgia, where other movies and shows such as Baby Driver, Stranger Things, and most recently, Wanda Vision were also filmed at.

Filming Locations show
Check out our collection of locations:
Got a Tip?
Do you know of a filming location? Send us a tip here >>

Check out our collection of locations:

One Park Place B5, Atlanta, Georgia

In this scene, Jesse Eisenberg (Columbus), shows everyone how to “double tap” to kill a zombie, meaning that you do two shots just to be sure the zombie can’t survive.

Bill Murray’s House (in the movie)

This is a spoiler alert so if you plan on seeing the movie still be sure to skip this section.

In this hilarious apocalyptic setting, the crew decides to visit Bill Murray’s house in hopes to see what he has built and to maybe see Bill Murray himself (or his Zombie form). Since I don’t want to give away too much of this scene, all I’m going to say is it’s an amazing scene.

Casting info: Casting was done by Grant Wilfley Casting and many others, according to backstage.com. They were looking for males & females, ages 18-65, with high fashion, avant garde, fashionista, & model types (backgrounds / extra) that are hip & trendy. They required a headshot/photo. Fittings were November 16-17, 2015 between November 19-24, 2015. Professional pay was provided as well. We are assuming this was where the filming location was at.

The world is what you would never want: zombies everywhere. Most everybody you know is not around anymore. It’s not a safe place. But there’s Tallahassee (Woody Harrelson), Columbus (Jesse Eisenberg), Wichita (Emma Stone) and Little Rock (Abigail Breslin). There all that’s left. And they aren’t very smart. It’s a brilliant comedy that every living human needs to eventually see. The key part of this movie is they have to abide by a noted strategy of survival rules. They try to make their way towards Los Angeles and it’s a hilarious adventure you need to go on yourself by watching this movie.