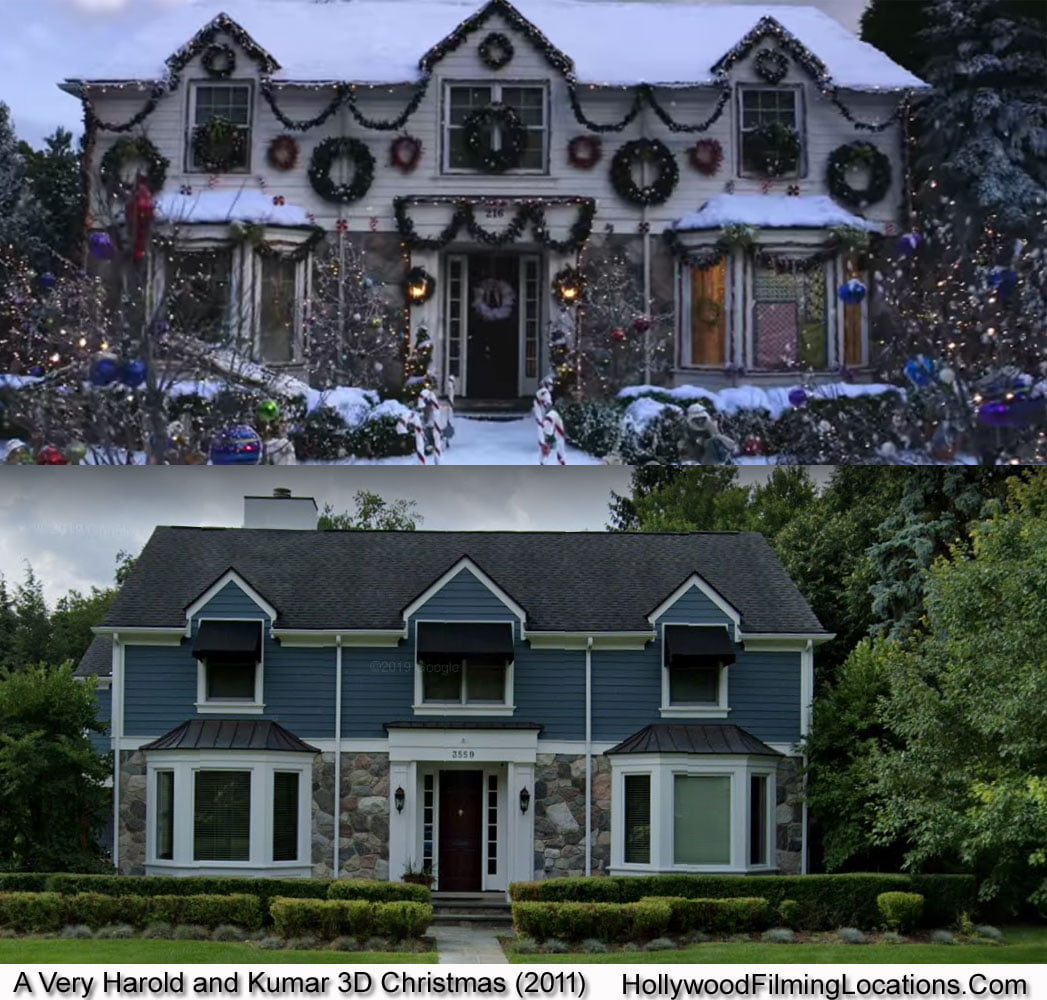 A Very Harold and Kumar 3D Christmas movie was filmed in New York and Detroit, Michigan.

The first stop on the tour is the candy-land house seen in the film. Thanks to user Yohan, we now know this house is in can be found near Detroit in a town called Bloomfield Twp, Michigan. We will not map this location as the residents there reached out to us to take their address off our site. 🙁