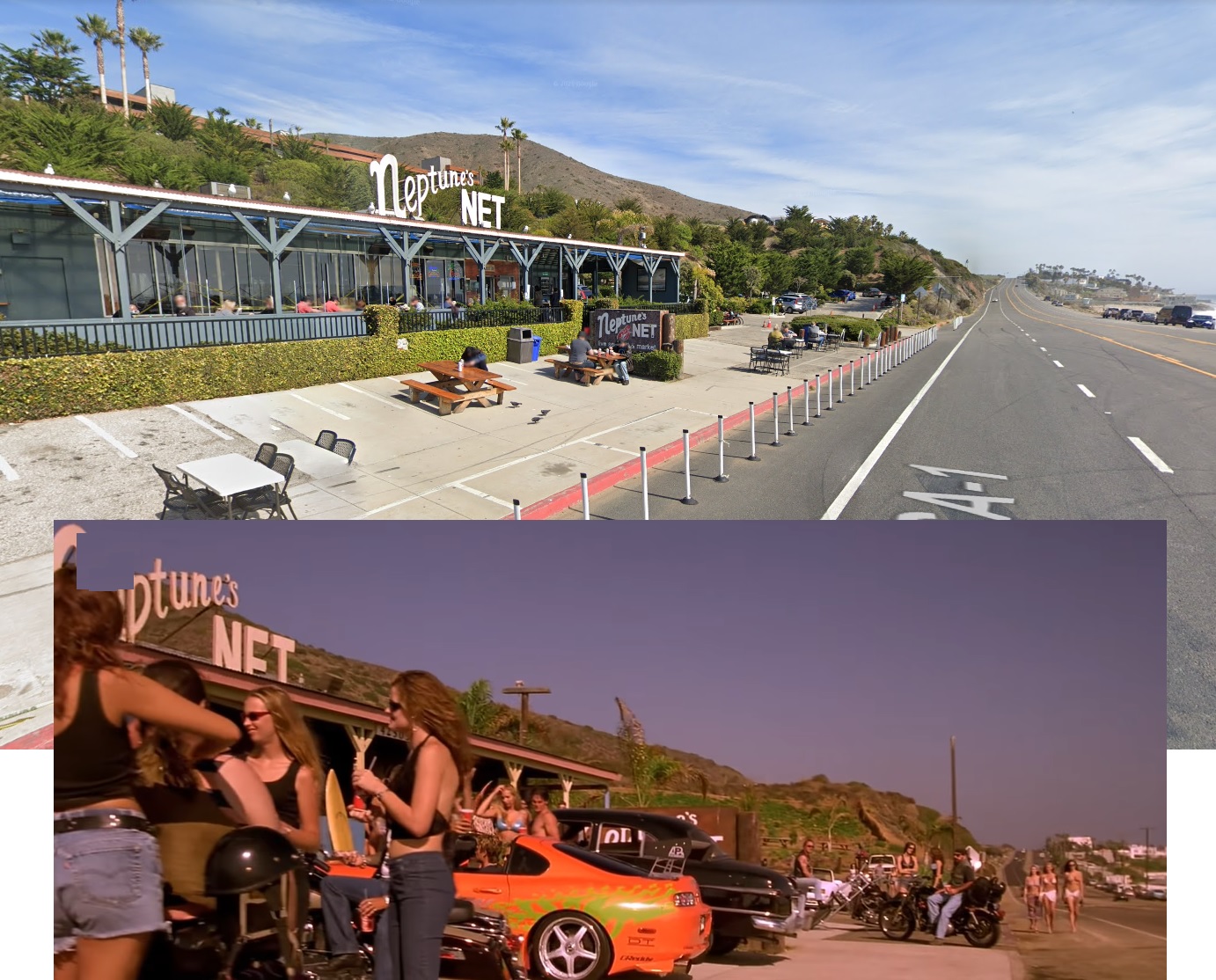 Ever wonder “where was The Fast and The Furious filmed?”

Here are just a few of the most popular locations found in Los Angeles.

First stop on The Fast and The Furious tour is where we find the Toretto’s Market and Cafe in Echo Park, California.

The Bob’s Market on Bellevue Avenue is probably Instagram‘s most famous liquor store, known for guys parking their sweet rides out front and snapping a quick pic.

The second location on the tour is the most famous home in Echo Park. The Toretto home also found in Los Angeles’ Echo Park, located just a few blocks from Toretto’s Market on Kensington Road.

Fun Film Fact: The yellow Nissan driven by Leon in the above scene is a 1995 Nissan Skyline GT-R R33

About 2 miles from Toretto’s house we find Toretto’s famous garage on Huron Street.

Next location is the Pitt Stop El Segundo aka El Segundo Tires located on El Segundo Boulevard. This is where Brian O’Connor almost blows his cover.

Next we move to Simi Valley, California for the busting of Johnny Tran location. These scenes were filmed in a private neighborhood in the Northwest of Simi Valley.

In the next scene we see the Supra and Ferrari Racing on Pacific Coast Highway in Malibu.

About 7-miles away from the starting line of the race between the Supra and Ferrari, we see the boys pulling up to Neptune’s Net located on PCH. This is probably the most famous of all the locations as it has been used in literally hundreds of movies, TV shows, commercials, and music videos.

‘The Fast And The Furious’ aka ‘Racer X’ (pre-production name)