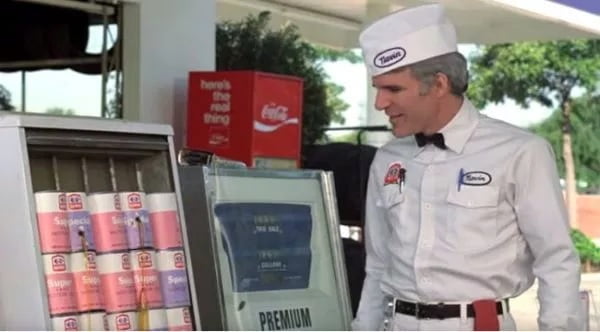 PASADENA – The Gas Station that Nathan R Johnson gets a job, lives, and finally gets chased away by a crazy man is located in Pasadena, California. Unfortunately the gas station was turned into a Carl’s Jr in the 90’s

“The Carnival scenes were shot at the old Devonshire Downs Fairgrounds in Northridge, California

Do you recognize a location on film?