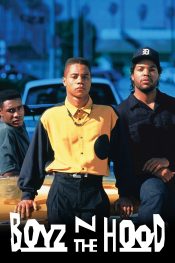 One of the most talked about movies of the 90’s “Boyz N The Hood” was actually filmed on location in Los Angeles, California

Where is the Styles Residence located?


Where is The Baker home located?

Where is Brandi’s house located?

Where did Doughboy try to get the football back after Rob takes it?

Where is the home of Tre’s made-up girl friend?

Where is Furious Styles office?

Where does Furious talk to Tre about life?

Where was “cruizin on Crenshaw” scenes filmed?

Where does Tre and Ricky get harassed by the cops?

Where is the 8th Liquor Market located?

Where is the parking-lot where Darren and his friends get their revenge?

Thank you “JD” for the tip!

Plot Summary: A real-life story of 3 friends and how life was surviving on the tuff streets of Compton, Los Angeles during the 1980’s