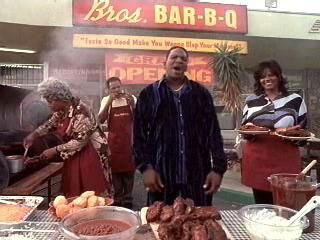 Have you ever wondered where did they film Friday After Next? The 3rd instalment of the Friday franchise was filmed in the San Fernando Valley, San Pedro, and other locations around Los Angeles.

First stop on the Friday After Next tour is Craig & Day- Day’s Apartment Complex, located in Van Nuys California on Kester Ave.


Location #2 The is the Strip-Mall where Craig and Day-Day work as Security Officers is the Carson Plaza located in Torrance, CA.

Behind The Scenes | It Was Fimed Here | Where Was It Filmed