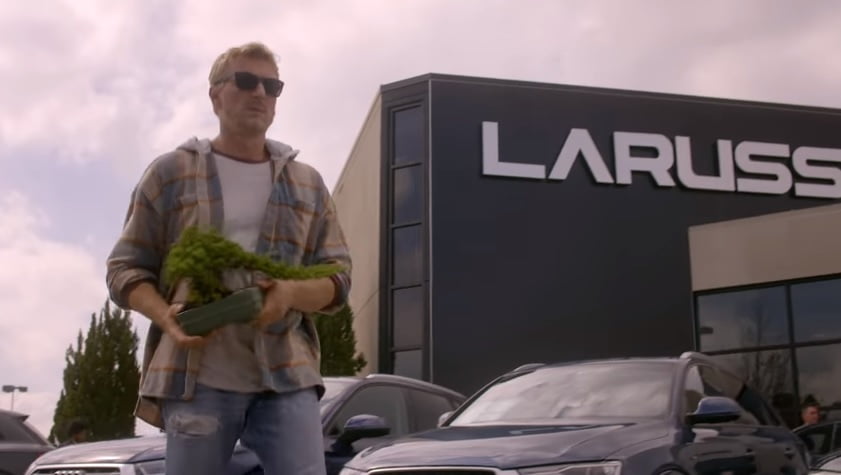 It’s been 30 years since the 1984 All Valley Karate Tournament… “Johnny” is reopening the Cobra Kai dojo… Daniel LaRusso is his competition, again! Production has begun for the new Karate Kid YOUTUBE Red series “Cobra Kai in Atlanta, Georgia, and Los Angeles.

Our tour begins in Tarzana, California

Where is Johnny Laurence’s Apartment Located?

Fun film fact: This location is only a few miles from Daniel’s apartment building that was used in the original Karate Kid Movie

thank you “john” for the tip!

Next, after Johnny leaves his apartment, we see him sitting at a traffic light looking up at a billboard of the Larusso Auto Group. He’s sitting in his black 1990’s Firebird facing south on the corner of Burbank and Ventura in Tarzana, California.

Thank you “gina” for the tip!

The Larusso Auto Group Sign that Johnny is looking at is not found in Tarzana, it’s actually sitting on top of a building in Atlanta Georgia. With a little Hollywood magic, Atlanta, Georgia now becomes Reseda, California