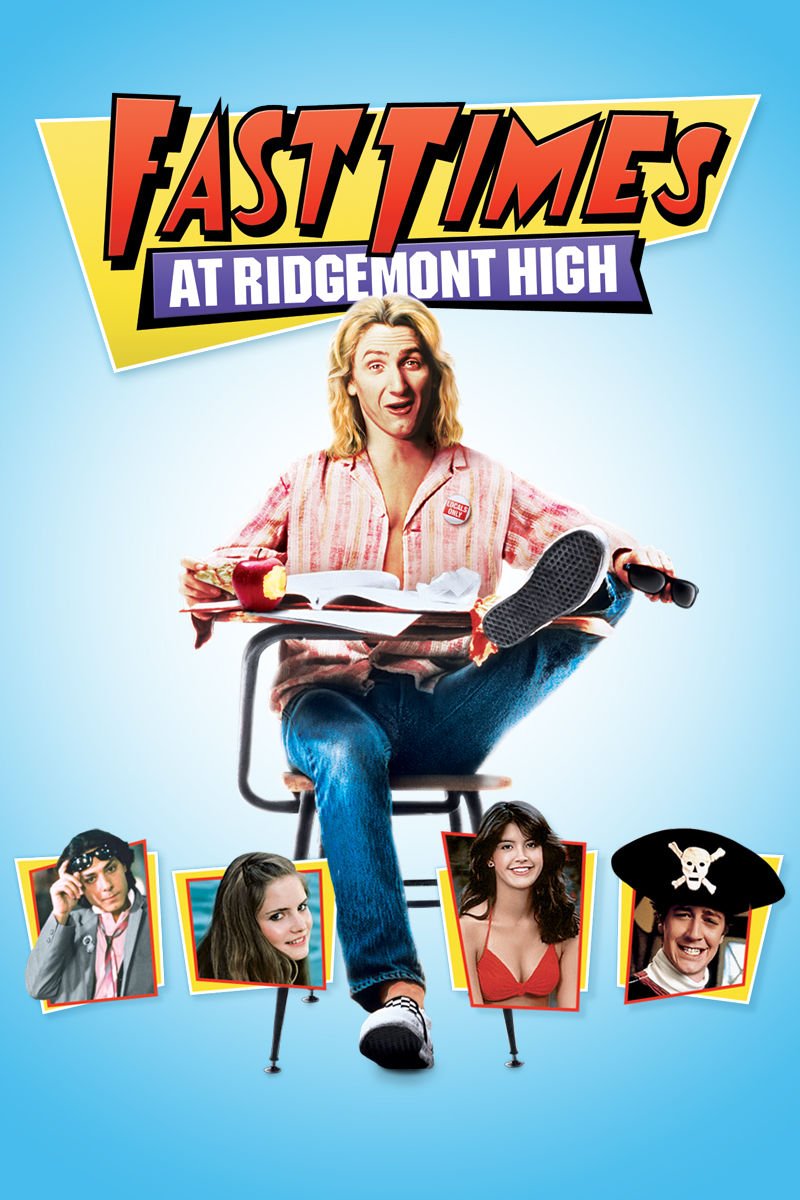 Remember 1982? We had some of the best entertainment coming from Hollywood.

Hands down, the 1982 cult-classic Fast Times At Ridgemont High left it’s mark. Jeff Spacoli played by Sean Penn will be admired by teens, surfers, and stoners for generations.

The entire movie was filmed in about 20 locations all over the San Fernando Valley.

Here’s a list of the ones that are still around today.

Starting in the West Valley we find Brad & Stacy’s House on Welby Way. This is the actual home where Brad and Stacy lived and have a pool in the backyard. And that “little pool house” is actually still there in the backyard shown here on Zillow

For location #2 we move to Santa Monica, California.

This is where we find Jeff Specoli unintentionally saving Brad‘s ass when he comes out the bathroom and stops a robbery in progress at the Mi-T-Mart Store. This unforgettable scene was filmed at a real Mi-T-Mart in Santa Monica, California

Update: Building is gone but as of January 2023, the sign is still there. 🙂

For the next location we move to North Hollywood. This is where Rat & Stacy’s date was at The Old Heidelburg. This great scene was actually Barone’s in Valley Glen.

Remember when Brad and friend work at The All American Burger? The forth location on the tour is where Brad worked. This was a real located and it was located on San Vicente. To bad this is no longer a burger joint. In the 1990’s it was turned into a Coffee Bean and Tea location.

The Captain Hook’s Restaurant where Brad Hamilton worked was located in Northridge.

In the next scene we see Brad making a delivery, when a girl in a Corvette pulls up and starts laughing at Brad’s costume. This cringy scene was filmed at the corner of White Oak and Chatsworth Street.

For this section of locations we move to the east side of the Valley to Van Nuys.

In the pic below, If you look closely in the little picture, you can see the Southern California Gas Company located at 6550 Van Nuys Blvd in the background. This scene was filmed at the corner of Van Nuys Blvd and Haynes St.

Spacoli and Washington’s little brother crash the Camaro on Vose Street in Van Nuys at the corner.

The construction site was located on the south side of of Vose St.

In the next scene we see the trashed-Camaro parked in front of Ridgemont High School. The school used in this great scene is actually the old Van Nuys High School