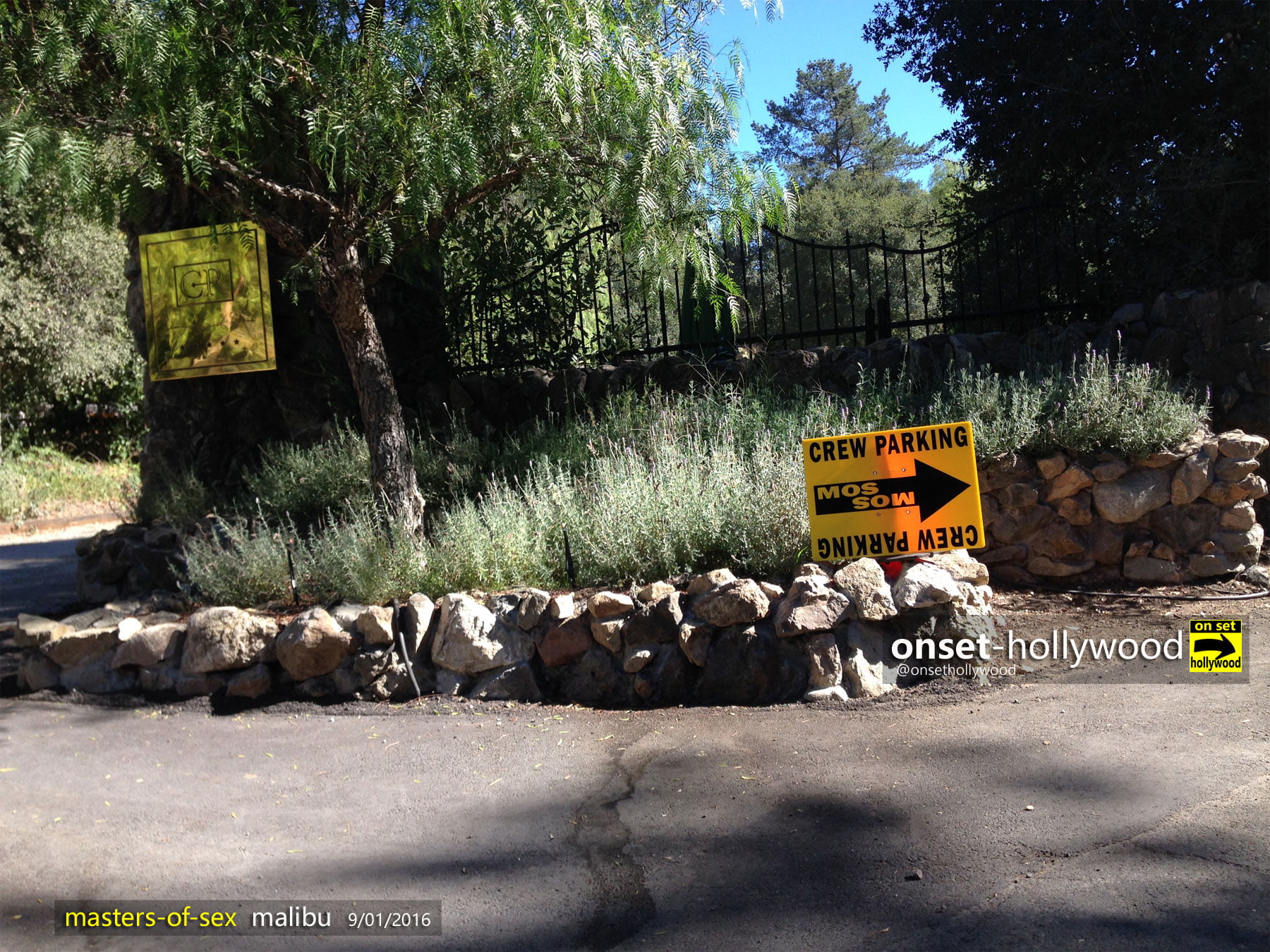 MALIBU – Sept, 2016: Masters of Sex season 3 was spotted filming in Malibu Hills this week at the Calamigos Ranch Thank you “batmank” for the tip! Thank you “jackL” for the tip!