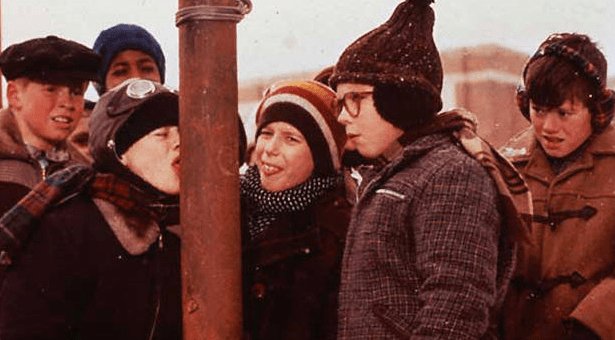 Where is the house from Christmas Story?

The Parker Family Home is located in Cleveland, Ohio. In 2004 the house was converted into a museum that you can spend the night in. Visit the website @ achristmasstoryhouse.com Where is the shopping mall that’s seen in the film?

Santa Clause tells pour little Ralphy “You’ll shoot your eye out kid” at the world famous Higbee’s in Cleveland. This is  also where the “Beebee-Gun in the window” scenes were filmed. Update: Higbee’s closed its doors in 2002 and was turned into the JACK Casino 🙁

Thank you “Tammy D” for the tip!

Where is that famous flag-pole located? Where did Ralphy beat up Scut Farkus?

About 70 miles away from the kids school on Minto Street.
Visit the exact location on: google street view