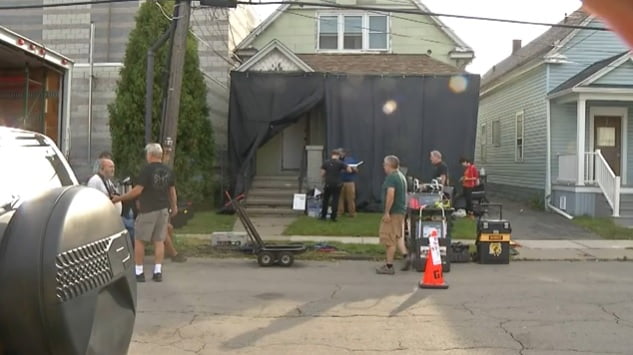 A prequel to the original Purge movie “The First Purge” is now filming in Buffalo, New York. Thank you “wivb.com” for the tip and pics!

* Other known titles: Clover, The Purge 4, The Purge: Island

December, 2017 – “The First Purge” is now in filming in Chatsworth, California in the original neighborhood from the first movie.