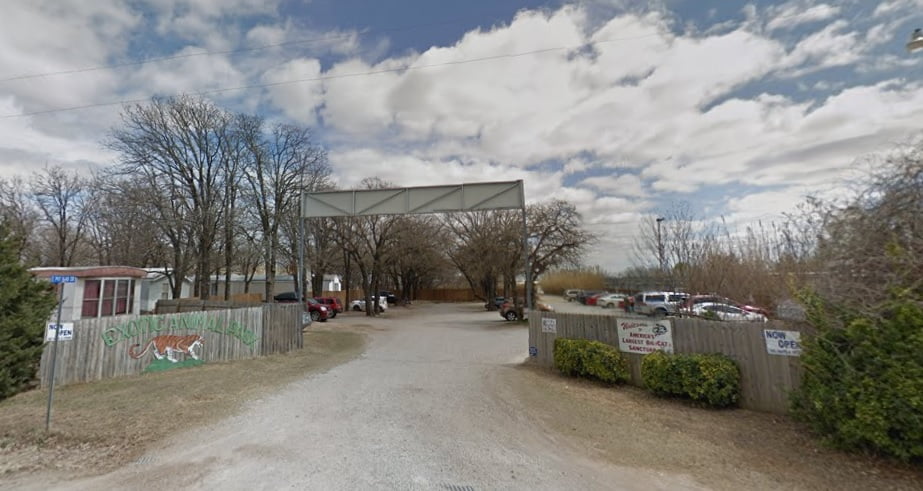 Locations for the Netflix series Tiger King can be found in Oklahoma and Florida. Filming crews were spotted at The Greater Wynnewood Exotic Animal Park and the Big Cat Rescue Park while the documentary was being filmed.

This viral series was produced with the help of Joe Exotic and Carol Baskin in their respective parks in OK and FL.

The Greater Wynnewood Exotic Animal Park filming location on N County Road in Wynnewood, Oklahoma is where Joe Exotic kept his tigers and other animals. According to the website the park is still open to visitors.

Carol Baskin and her cats live at the Big Cat Rescue Park located in Tampa, Florida on her private street named “Easy Street”.

The Big Cat Rescue Van was spotted nearby.

‘Tiger King’ is a new Netflix show that revolves around the story of Joe Exotic’s untimely arrest and the life story that lead up to it. Carole Baskin, who many accuse of killing her husband, is an enemy of Joe because she believes in rescuing the very same cats that Joe Exotic has at his exotic park.